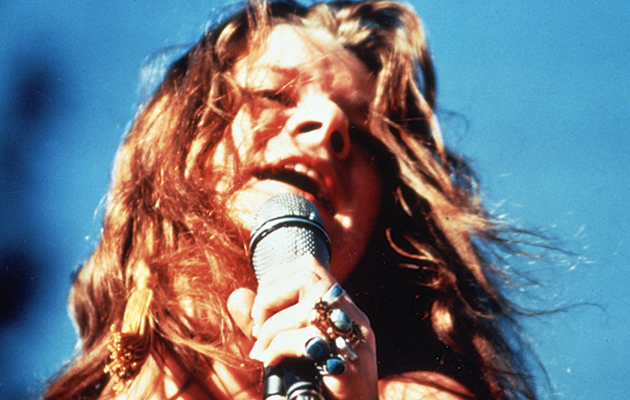 Perhaps aware of Janis’ failings, Albert Grossman took full control of the Full Tilt Boogie Band. “He definitely called all the shots,” says John Till. “Janis was definitely more comfortable with that situation. Kozmic Blues was a great band, but Janis couldn’t control 12 people. She was much more comfortable with a smaller, more organic outfit like Full Tilt, where everyone had room to stretch out and explore. It was more democratic than Kozmic Blues, more of a gang.” Ironically, after two years and countless lineup changes, she had reverted to the dynamic she had with Big Brother.

According to rock myth, Janis’ heroin addiction increased after she left Big Brother and spun steadily out of control. But in fact, her habit seemed to have peaked by late 1969. By early 1970, she appeared to have quit after a detox holiday in Brazil.

“She was put on a methadone treatment programme, she was receiving counselling and she was clean,” insists Till. “In the last days of the Kozmic Blues band, we had gotten used to people having to walk Janis around the block a few times after a bad dose, to prevent her from passing out and never waking up again. But from the time she formed the Full Tilt band in early 1970 until the time that we started recording that last album she was bright and chipper and right on top of it.”

In September 1970, The Full Tilt Boogie Band went to Sunset Sound in Los Angeles to record Pearl. “It was an incredibly productive time for everyone,” recalls Till. “And Janis was on top form. She’d turn up every day on time for every session. Except for that final day, when she didn’t show.”

On October 3, Janis was due to lay down the vocals for the very last track on the album, a new song called “Buried Alive In The Blues” by her old friend Nick Gravenites from Electric Flag. When she didn’t turn up, Full Tilt’s road manager John Cooke became suspicious and got a pass key to her hotel room, to find her dead body crumpled between the bed and a bedside table. The general agreement is that Janis started dabbling in heroin a few weeks before her death, and accidentally overdosed on some unusually pure opiates.

Death turned Janis Joplin into a legend. Released in January 1971, Pearl topped the US charts for nine weeks. Lead single “Me And Bobby McGee” sold more than a million ; 1973’s Greatest Hits package went on to sell seven million copies in America alone. But her name, even more than that of Hendrix (who died three weeks before her) and Jim Morrison (ten months later), became a byword for the perils of hedonism. In the words of Kurt Cobain’s mother, she’s part of that “stupid club” of 27-year-old rock casualties.

What survives is that remarkable voice. “Janis laid the foundations for all of us,” says Patti Smith. “She redefined what it meant to be a woman in rock.” For Seasick Steve, “Janis was the most incredible singer I have ever seen – she would rip herself inside out every time she performed.”

“It’s difficult to say whether things would have been different if she’d stayed with Big Brother,” says Sam Andrew. “I think we could have certainly accommodated most of her demands. I think she might have had more grounding in her career. There was something magical about the music we made. I don’t think she ever emulated that.”