An eerie coming-of-age allegory so intense that it caused the post-rock pioneers to split: “We had crises of belief systems or something…” 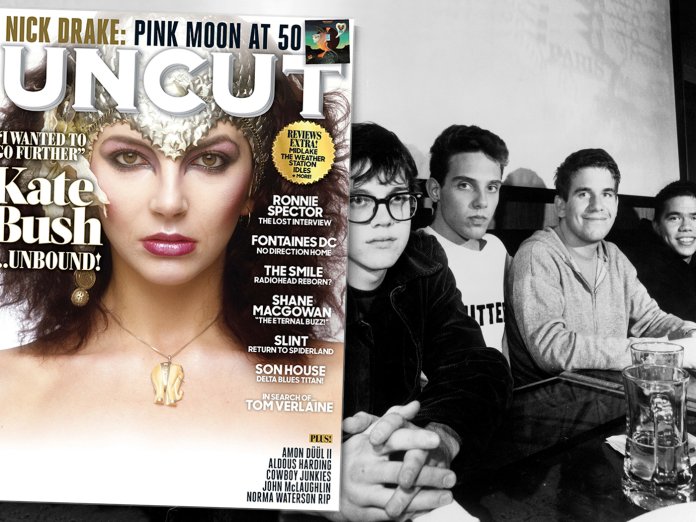 As with many records that would go on to become touchstones for future generations, Slint’s Spiderland was largely misunderstood in its own time. After laboriously workshopping the six strange, needling pieces that make up the album in Britt Walford’s parents’ basement throughout the summer of 1990, the four bandmembers – average age 21 but already 10-year veterans of Louisville’s thriving punk scene – showcased their new direction in front of an expectant hometown crowd at the Kentucky Theater.

“It was really nerve-wracking because there were people there who I think all of us highly respected,” remembers Walford, the band’s driving force. “I had a sense that they wouldn’t like it – and they didn’t like it…” After quickly becoming disillusioned with the noisy antagonism of their first album, Slint focused on channelling their youthful ennui into a brand new strain of mesmeric anti-rock. “We’ve gone from Tweez, which was really loud and lots of feedback, to being way more moody and quieter,” explains guitarist David Pajo. “We were still in the punk world and rocking out was what punk bands did. Even a band like Sonic Youth really rocked live, you know? But we didn’t feel beholden to rocking out. We didn’t feel like we owed anybody.”

The hypnotic, unnerving survivor’s tale “Good Morning, Captain” would prove hugely influential, an essential text for the genre later defined as post-rock. But the recording had already taken its toll. Physically sick after laying down his harrowing vocal, Brian McMahan was subsequently diagnosed with depression and quit the band on the eve of Spiderland’s release. Slint would never record again, although reunion tours in 2005, 2007 and 2014 brought home just how much the short-lived band still means to people. “Whatever coming-of-age vibe we had when we recorded that record still speaks to people now,” says Pajo. “And you can’t ask for much more than that.”

PAJO: I was at Evansville University in Indiana but I used to stay with Britt and Brian sometimes while they were at Northwestern [in Evanston, near Chicago]. Brian had an acoustic guitar that he seemed to play on a lot. Britt had a small amp and guitar in his room, or sometimes it would be in the living room that anybody could play, and I would hear some of the riffs that they were working on.

WALFORD: It very much seemed like Brian was in his own world… I don’t remember us playing together. We were listening to a lot of music, but usually separately. Jad Fair was a big one for me, The Frogs, AC/DC, The Stooges, Suicide. He was listening to Neil Young, and Nick Drake’s Pink Moon. We had different outlooks at that time and I remember thinking that was really interesting to me. We had youthful angst or crises of belief systems or something, that I guess a lot of people do at that time, but we were at two opposite ends. We didn’t talk about it much, but maybe enough to understand what we were both thinking.