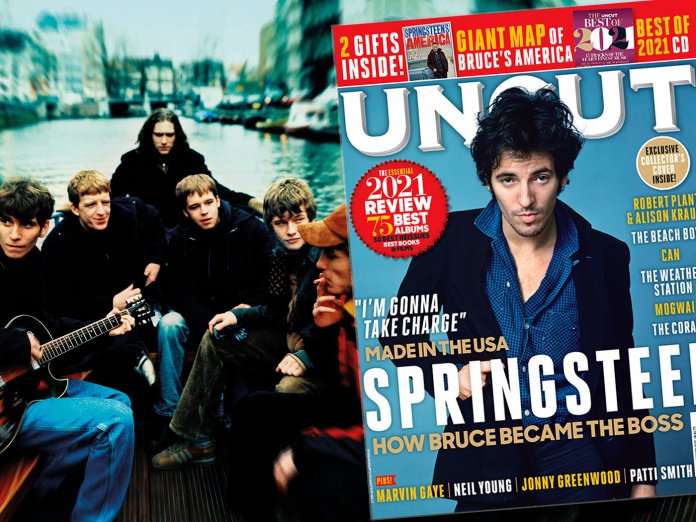 The Good Ship Coral was drifting somewhat before it found its moorings earlier this year with Coral Island. A sprawling conceptual piece about a faded seaside town, the band’s acclaimed 10th album landed precisely 20 years after their debut EP, The Oldest Path. “Liverpool at that time was under the spell of The La’s,” recalls singer James Skelly. “But we were from outside, from the Wirral. We’d stand on the beach and see Wales on one side, Liverpool on the other. We wanted that Liverpool thing, the harmonies and sea shanties, and we loved the quirky psychedelia of Super Furry Animals and Gorky’s Zygotic Mynci. We made a conscious effort to put that together into something different.”

Honing their signature blend of psych-folk, skiffle, garage rock, Merseybeat and jangle pop, Coral Island has rejuvenated the band; two new albums are already near completion. “It’s heartening to know that sometimes people want what you actually are,” says keyboardist Nick Power. “We’re really good at haunted pre-Beatles rock’n’roll and that Mersey maritime thing: the docks, the river and the city. It suits us, and we probably do it better than anyone.”

SKELLY: We’re rehearsing now for the first album tour we’re doing next year. It’s good to roll out some of the tunes after not doing them for 15 years, but I think I need to go into some kind of fitness camp for it. It’s got loads of energy!

POWER: Writing it was the most profound bit. Everything went up a gear after we met [Deltasonic boss] Alan Wills. He had this manic energy and belief in us. He said, “You need to stop gigging, go away and write for a year.” It was a devout thing: 24/7. Going out together, doing drugs together, everything. It was like a cult, focused on one thing: to make a classic debut.

SKELLY: We wrote “Shadows Fall”, and it all started to come together really fast. The first EP turned out great. Broudie heard it, rang Alan Wills and said, “I’d really love to work with them.” We did the Skeleton Key EP and then we did the album in Great Linford. It was easy and so much fun. Everyone was so stoned, I can’t remember that much, but I remember I enjoyed it. We had the songs rehearsed, we’d played them live, we were drilled. It sounded like it did in my imagination, which is probably the best thing a producer can do for you.

POWER: Ian got all our references, he was great at organising our chaos. He’d arrange it really well. We like obscure, weird music, but we wanted to make pop songs out of Beefheart rhythms. That’s the hardest thing to do, make something interesting that appeals to someone walking to work.

In the midst of tours with Pulp and Oasis, and Mercury and Brit nominations, the band convene with Broudie to make a No 1 album. “Pass It On” remains their biggest hit

SKELLY: It was moving fast and you’re trying to keep a grip of it. It was fun but a strange ride. Magic And Medicine was almost a reaction to the first album: “We don’t want to be in that box, we’ll go in this one instead.” It’s a strange album for kids that age to be making. We were playing festivals and seemed to be on before Interpol every time. Just their bass drum sound-checking. It was so serious. Fair play to them, it’s just not my thing – I wanted to do something opposite to that. I felt sorry for Broudie looking back, but he allowed us to do that. It was almost anti-production. There are hardly any overdubs. On “Milkwood Blues”, it was some kind of weed telepathy. That’s a live take, with all the jamming in the middle. We were in our own mad world.

POWER: You can get precious if you sit on a follow-up album for too long. The best thing to do is cancel it with something a little different. We had the money, we had the studio time, we had the confidence. So why not? We went in and did loads of experimenting, like kids in a sweet shop. Then after a mammoth recording session with saxophones and all sorts, we were like, “Shit, we’d better get something that radio can play!” That’s where “Pass It On” and “Bill McCai” came from. “Pass It On” had been around since I was 16, we’d demoed it at a studio in Liverpool. Most of our albums are a process of getting the new ones written and then looking back into the stockpile and choosing ones that fit the mood or could be a single.