The Writer, Director and Star of 'Garden State' speaks to Uncut 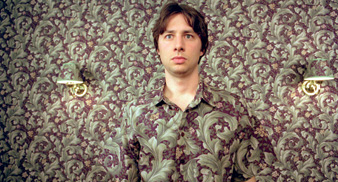 As actor/writer/director, how long did initiating this project take?
BRAFF: I’d been waiting tables when I got cast in Scrubs, and I quit as a waiter only to be told we wouldn’t actually be filming for four months. So I sat down for that time and hammered out the first draft. Then once Scrubs started, I spent the next two years trying to get someone interested in making it.

For fans of the madcap Scrubs, the downbeat, pensive tone here may come as a surprise…?
Yes – it was important to show people early on that I wasn’t just “the guy from that show”. That I was interested in doing other things. That said, I love Scrubs and have a great time doing it. We’re in the fourth season now, going for two more at least. But I didn’t want to be pigeon-holed. I had to take responsibility for that on my own shoulders, not just rely on something coming from outside, and so I created this character for myself.

Lithium and grief have sapped his life. He starts from a bleak place.?
Yeah… then stumbles into optimism. Having led a life of mostly pessimism. Natalie Portman’s character is just what he needs: she… rattles him. She imparts on him that life’s running by, that his is probably a quarter over. And he’d better start enjoying it pretty quickly, cos he’s missing the whole thing.

You’ve called it “a smart love story for young people”. Are there enough of those??
“There are hundreds of movies marketed at twenty-somethings, but not many that speak intelligently to them about what it feels like to be one. All those silly scatological comedies are fine, but they don’t address anything, or take the temperature of what it’s like to be that age in 2004.

Were you closely involved with the choice of music??
Oh yeah. I’m not one of those guys who knows every line by every band; I just know what I like. Some of it, like Coldplay, is obviously popular, but the lesser-known stuff is just music which really affected me. I scored the movie like I score my life. The soundtrack’s gone gold in the States, selling like crazy, so I guess people are responding well.

As they are to the film…?
Yeah, I’ll have to figure out how to balance things now – I’m in a good place for opportunities. I was inspired by Woody Allen, Hal Ashby, Kubrick, but I could never be as prolific as Woody. Not when my symbolism is as subtle, ahem, as an ark in the rain! It’s exhausting: I put more of myself into Garden State than anything I’ve ever done.