An interview with Brian Eno: “I didn’t see Bowie and Lou as my peers”

Eno on the past, present and future of his music 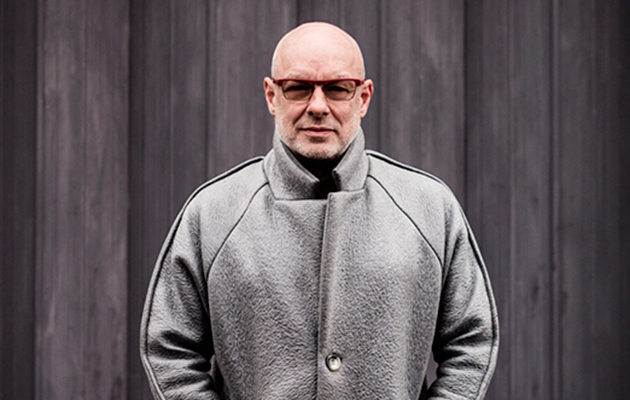 To celebrate the arrival of a new Brian Eno album – Reflections – I thought I’d post my interview with Eno from last year, which coincided with the release of The Ship. The piece originally appeared in our June 2016 issue and our conversation, which took place at Eno’s studio, covered a lot of ground including David Bowie, Lou Reed, his Obscure label and just what he thinks of his old records…

“I think the interesting thing, looking back on your work, is that you realise you could never do it again,” says Brian Eno. “There’s was ballet at Sadler’s Wells last week by Anne Teresa De Keersmaeker that’s based around one of my songs. ‘Golden Hours’ from Another Green World. When I listen to that song again, I think, ‘Jesus, I would never do that now.’ I could not leave that in that condition. You can hear I’m doing all the percussion myself with sticks on a desk and it’s completely chaotic. It’s so badly played but actually that is the character of the piece. I just wouldn’t make it now like that.” 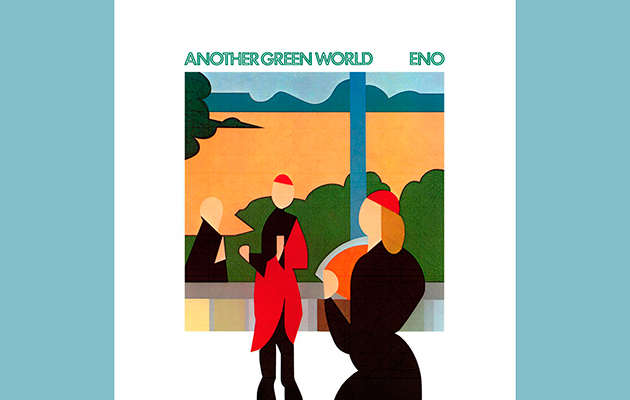 Eno is sitting at a large circular wooden table in the middle of his West London studio. He nibbles thoughtfully at a croissant while in front of him, a pot of tea slowly cools. It is, he decided earlier, “a four bag morning.” Eno bulk buys his tea – as a consequence, boxes of Palanquin Red Bush Spiced are stacked neatly in a cube in a corner of his studio’s kitchen area. Ostensibly, we are here to talk about his superb new album, The Ship – a weighty, ruminative record that draws inspiration from the First World War and the Titanic disaster. It also contains a revelatory cover of The Velvet Underground’s “I’m Set Free” that has, it transpires, been over a decade in the making. To coincide with its release, there are several installations planned and – next – Eno reveals he is planning a new collaboration with David Byrne. Although talking to Eno requires across-the-board thinking, today he obligingly discusses more than just the project at hand, including previous career highs, his working relationship with his late friend David Bowie and his views on some of his other storied collaborators.

Located in a cobbled mews close to Portobello Road, Eno’s studio is airy and open-plan, with whitewashed walls and skylights. Close to the front door stand a set of floor to ceiling bookshelves. There are volumes by Antony Beevor, Alexis de Tocqueville and Richard Dawkins. A biography of Ghenghis Khan sits near to Billy Childish’s poetry collection The Man With The Gallows Eyes. Eno’s BAFTA for the Channel 4 series Top Boy nestles on the same shelf as Bill Drummond’s 17 and Byrne’s How Music Works. Fixed on a wall adjacent to the bookshelves are several shelves of DVDs and CDs, including Eno’s own vocal and instrumental box sets from 1993. Below these, a turntable rests on freestanding metal shelves packed with vinyl, divided alphabetically by strips of cardboard. On the floor, a copy of Sly And The Family Stone’s Fresh lies next to an album by the Ensemble Of The Bulgarian Republic.

A grey filing cabinet and a dark brown sofa mark the start of the studio area itself. A whiteboard acts as Eno’s de facto diary, with his activities for March drawn in red felt pen. A letter from the V&A is attached to a radiator by a round red magnet. White cubes of different sizes sit on various surfaces: originating from a previous exhibition, these are light boxes built around concealed colour monitors that gradually alter the intensity and hue of light. Eno points towards a clock hanging on the wall. “It’s a one-year clock,” he explains. “There’s one revolution in a year. So we’re at quarter past the year now. Did you realise that? Isn’t that amazing?”

Eno’s latest paintings – in gaudy, bright colours – sit on a table. “I started doing those fluorescent ones because an art shop up the roads has just closed down,” he says. “They were selling of fluorescent paints very cheap, so I bought some.” Towards the rear of the room is his studio space. Two giant Mac displays rest on a table, flanking a solitary synthesizer. Bundles of wires project from various mixers and other discreet-looking pieces of tech. Behind them, a sleek, metallic mic is fixed to its stand. Eager to demonstrate a new software package, Eno turns on the keyboard. “One of the things I like is the possibility of tuning different scales,” he begins playing a series of notes that he then manipulates through a program. So far, so very Eno.

Dressed today in dark jeans, a shirt and coat, Eno’s blue eyes sparkle behind his glasses. He is warm and often very funny in conversation; though very specific, too. At one point, he breaks our interview off to demonstrate the Markov Chain Generator software that helped create “The Hour Is Thin”, a poem read by Peter Serafinowicz that appears on The Ship. “I won’t debit the interview,” he insists.
Later, he disappears into the toilet. There, he begins singing Al Green’s “How Can You Mend A Broken Heart” in full voice. Emerging, he smiles. “I’m thinking of doing it tonight with my a cappella group, if I can find the lyrics…”