Woody Allen among luminaries to pay tribute to the film director 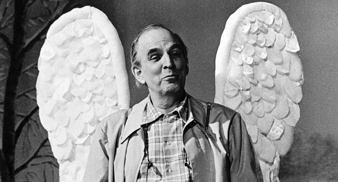 It’s likely that Ingmar Bergman will be most widely remembered maybe not for his own work – over 50 films – but through the many parodies made of the chess match between Max Von Sydow’s Crusader knight and Death in his 1957 film, The Seventh Seal.

It says much about Bergman’s immense contribution to serious film making that his work could resonate throughout wider, popular culture. Woody Allen – Bergman’s most famous fan – cheerfully sent up that chess match in Love & Death, as did the Monty Python team in The Meaning Of Life, while a very Bergmanesque Death got major supporting role in Bill & Ted’s Bogus Journey.

Bergman was more than a filmmaker. His films were profound studies on the human condition – mortality, faith madness and loneliness – that Berman saw as competing on the highest level with other works of great art. It’s no surprise that Woody Allen once described him as ” the greatest film artist since the invention of the motion picture camera.”

Bergman’s sombre, existential movies were perhaps borne from the aftershocks of a troubled childhood. His father, a Lutherian pastor, would lock him in cupboards and regularly beat him. Bergman once claimed he lost his faith in God at the age of 8.

In his native Sweden, Bergman is considered to be something of a national treasure. Although he retired from active filmmaking in 1982 to concentrate on theatre work (Strindberg was a huge influence), his 2003 TV film, Saraband, was watched by one in nine of the population. Yesterday, flags were at half mast and TV schedules cleared to air documentaries about Bergman alongside his greatest work.

If you’ve never seen any Bergman, then I suggest you head to Amazon and track down The Seventh Seal, 1957’s Wild Strawberries, 1962’s Winter Light and 1966’s Persona.

The Seventh Seal, in fact, was re-released theatrically last week to mark it’s 50th anniversary – and I urge you to see it.