Iggy Pop: “I ended up with a pistol in my gut in the parking lot” 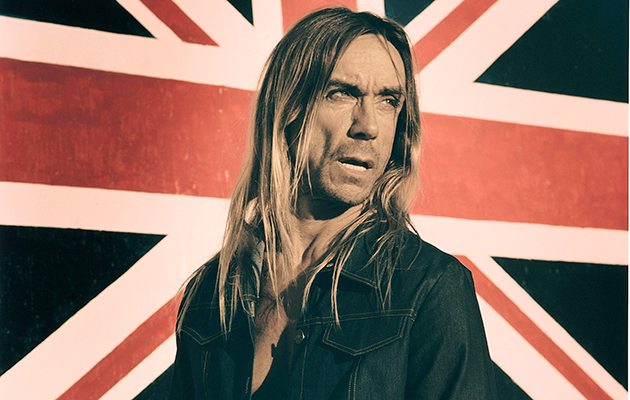 There are few more influential and iconic figures in rock music than James Newell Osterberg. Having helped invent punk and lived to tell the tale, at 64 he continues to push the parameters of live performance. Today he’s hunkered down in his hut “by the edge of my famously filthy little river in Miami”, readying himself for The Stooges’ appearance at Hop Farm in July and the imminent release of Roadkill Rising: The Bootleg Collection 1977-2009, a sprawling 4CD set of remastered live bootleg recordings. Although he admits he’s now “occasionally guilty of discretion”, Pop still holds tight to the vestiges of his hard-won outsider status. “I’ve discovered I have a career and I’m not really thrilled about that,” he says. “I can see what it’s got me, but I don’t feel like I’m going to go to the next Vanity Fair Oscar party and say, ‘Hey, you’re a celebrity, I’m a celebrity, let’s get together and celebrate!’ Fuck off!” Thankfully he gives your questions a greater degree of latitude. Apart from the one about those insurance ads…

Iggy, why are you so awesome?
Lucy Knowles, Ashford
Well Lucy, it’s probably just because you sense that, like all dogs, I need love. I seem to have been rewarded copiously late in life. Early on I was often referred to as The Man You Love To Hate, but now I notice as I skip through that people seem glad to see me. It’s partly the survivor thing – Oh my God, he lives, he breathes! – but there’s also the nature of all the stuff in which I was involved. It was considered a scourge when I did it but now it’s all been dredged up through the internet and some people feel a certain vicarious glee seeing that. But I’m guessing. I don’t really know.

Are you still a scholar of classical civilisation or have you moved onto a different historical period?
Al Ryan, San Francisco
I’m still very interested in that, although I’ve been a little discouraged ploughing through a recent translation of Herodotus. I’m telling to you, dude, five pages of the Lydians versus the Scythians will really do you in. I’ve lately been interested in the science of trade and the beginnings of the global economy, the Dutch and the English in particular. I’m into Vermeer’s Hat by Timothy Brook, a wonderful book about trade with China and the Dutch East India Co.

When I saw The Stooges last September you did a killer version of “Open Up And Bleed”. It’s one of my favourite songs but only exists on sketchy live recordings. Will The Stooges record it (and other post Raw Power songs like “Head On” and “Heavy Liquid”) for your next album?
Mark Arm, Mudhoney
Well, I’m interested in doing that sort of thing – not sure how James feels about it, but we’ll talk. “Open Up And Bleed” was a song we both wanted to do but it was pretty difficult working it up the right way. Even now I can’t do it every night. I say to James, “Oy vey, James, this song with the bleeding and the opening, the howling and the pain – can we skip it in Atlantic City?” It’s one of those choose-your-town numbers.