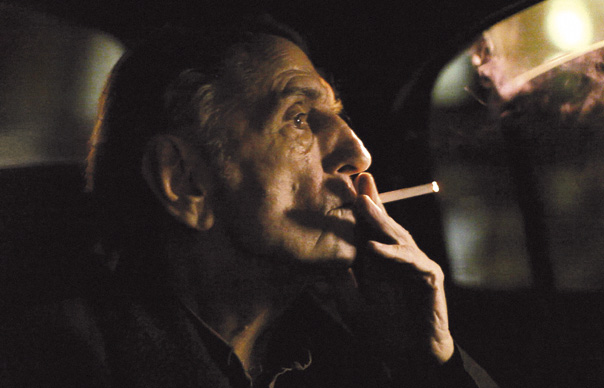 How did you get the part of Travis in Paris, Texas?
Nathan Lloyd, Crystal Palace
I was in Albuquerque, I think, with Sam Shepard. We were drinking and listening to a Mexican band. I said I’d like to get a part with some sensitivity and intelligence to it. I wasn’t asking for a part or anything, I was just free-associating, talking, right? I got back to LA, and Sam called me and said, “Do you want to do a lead in my next film, Paris, Texas?” I said, “Only if everybody involved is totally enthusiastic about me doing it.” Wim Wenders thought I was too old. He came to see me and finally he agreed to it after a couple of meetings. I just played myself. Travis was looking for enlightenment, I think. There was a girl on the film, Allison Anders. She’s a director now, but she was a student at UCLA then. She said, “That happened to me, I got that way when I was a teenager. I stopped talking.” I said, “Why would you stop?” She said, “I felt that if I talked I would lose it.” I wish I’d used that a little more in the part. But just not talking itself is a powerful device.

Which of your films do people ask you about the most?
Sarah Haycock, Monmouthshire
Paris, Texas for one. Pretty In Pink was a huge hit for me. Molly Ringwald was awesome, a natural talent. Alien? Oh, yeah. I still get fanmail almost every week, pictures from all over the world on that movie. That’s one of the most popular films I’ve done. Am I still working? Just occasionally I’ll do something. I’m not working on anything right now. I did this film with Sean Penn [This Must Be The Place, 2011] that was one of my favourite roles. I played the guy who invented wheels for baggage. I met the guy and talked to him on the phone. It was an amazing experience. He told me how he invented it, the whole thing.

You’ve worked with great directors Hitchcock, Huston, Peckinpah, Lynch…. What the best piece of direction a director ever gave you?
Julie Murphy, Edinburgh
The best piece of direction? Leave me alone. Let me do what I want to do! I worked with Alfred Hitchcock on Hitchcock Presents…, remember that series? We had a whole sequence in a basement where we kidnapped and tied up a Broadway actor, a great actor, EG Marshall, me and this kid Tom Pittman in a basement. Hitchcock came up to us and said, “You fellows go down there and work it out.” He let us direct the whole scene. No director before or since has ever done that.