For the past couple of years, I’ve been writing a Wild Mercury Sound column in the print edition of Uncut; a slightly awkward thing that I’m genuinely happy to be done with. 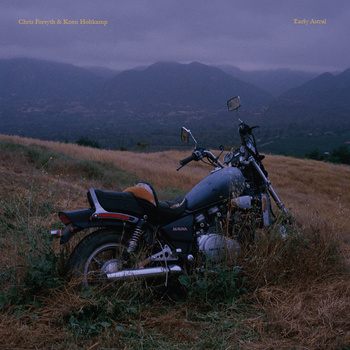 For the past couple of years, I’ve been writing a Wild Mercury Sound column in the print edition of Uncut; a slightly awkward thing that I’m genuinely happy to be done with.

I should say that the same kind of music will continue to be featured in the mag, starting next month with a piece about the Jamaican adventures of Sun Araw, who ended up recording with the venerable vocal group The Congos. This, though, is my last column, archived here for dubious posterity.

A couple of new records seem to provide a rather serendipitous conclusion to Wild Mercury Sound in Uncut, not least because they reiterate a persistent theme round these parts: an idea of traditional American music being deployed and expanded in adventurous new ways. The patron saint of this scene, and a recurring touchstone in this column, has been the late guitarist Jack Rose, and Steve Gunn and Chris Forsyth were two guitarisrs who first came to my attention on a massive tribute project to Rose called “Honest Strings”.

Unlike many of Rose’s fellow travellers, Gunn and Forsyth focus on electric more than acoustic guitars, with pretty fierce results on two new duo records they’re involved with. “Ocean Parkway” (Three-Lobed Recordings) is the second album Gunn has made with the drummer John Truscinski, following up 2010’s fine “Sand City”. Gunn plays a kind of charged, smudged folk-blues, losing himself in serpentine ragas that nevertheless keep up a rollicking momentum. Truscinski, meanwhile, is one of those freestyling drummers, like Chris Corsano, with a restless jazz invention and a habit of suddenly forcing the music to surge violently forward. The combination makes for a thrillingly unstable listen akin to Sandy Bull and Billy Higgins’ ‘60s jams, and one that recently left me, on a bumpy bus ride, a little seasick as well as exhilarated.

Chris Forsyth’s “New Pharmacist Boogie” appeared on our Creedence tribute CD last month, showcasing the sort of downhome elaborations that graced his “Paranoid Cat” album last year. “Early Astral”, though, is a hook-up with Koen Holtkamp, one half of the mostly electronic improvising unit, Mountains, whose music normally skews towards the atmospheric, even the ambient.

“Early Astral”, then, seems to be the perfect place to close this column. It features a meditative folk guitarist sliding into heavier and more psychedelic territory, while a technician/aesthete piles on the loops, drones, deep space interference and generally levitational kosmische vibes. It features just two tracks, each 17 minutes long. And, of course, it is only available as a download or as a heinously limited edition vinyl record (on the Blackest Rainbow label, that’s the sleeve pictured above): strongly recommended.