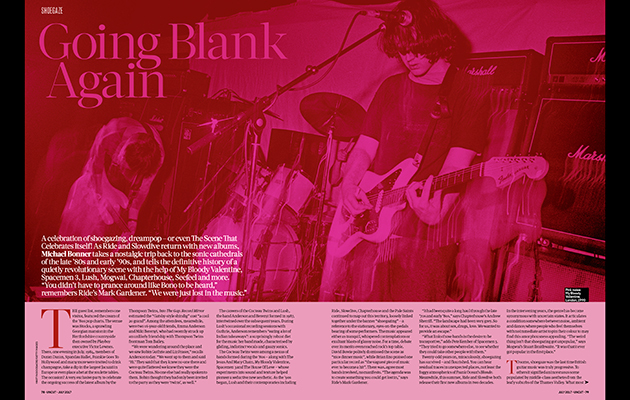 A scene that celebrates sound over swagger. A minor musical genre that continues to exert influence two decades after its peak. Long sleeves, stripes, androgyny. A “sonic cathedral of sound”. To some, shoegaze was the last time British guitar music was truly progressive. To others it signified an incestuous scene populated by middle-class aesthetes from the leafy suburbs of the Thames Valley. What most agree on is that if it is possible to locate a creation moment for shoegaze, a good place to start is early 1988. My Bloody Valentine – until that point, a likeably shambolic indie band who had enjoyed middling success – returned after a brief hiatus with a surprisingly uncompromising new direction.

“They supported the Pixies on their first European tour,” remembers Pete Kember. “I went to see them at the local spot, the Roadmenders in Northampton. They’d transformed. I don’t know quite what had happened, but sometimes bands hit a certain quantum shift. The noise was overwhelming.”

The ‘noise’ in question was a new song the band had introduced into their live shows, “You Made Me Realise”, that bore virtually no relation to anything they had previously released. “I used to put groups on in a really smashing little pub, the Black Horse, with a tiny upstairs room with no stage,” remembers Jeff Barrett, then working as a press officer for Creation Records. “I think I’m right in saying, the first version of the Valentines played their last ever gig there. There was fondness towards them because they were nice people. Anyway, Creation signed them. When they delivered the You Made Me Realise EP, it blew my fucking socks off. It was definitely influenced by Sonic Youth and Dinosaur Jr. But this had something also, something other.” 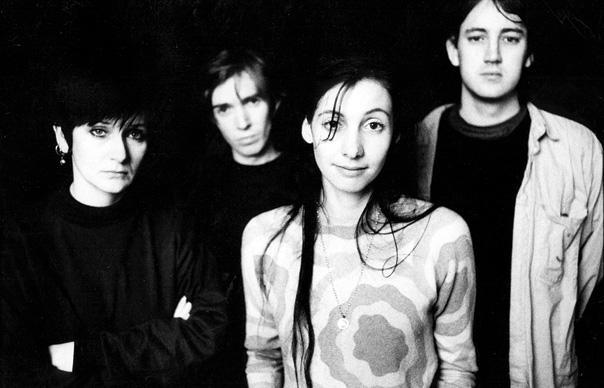 “Thurston Moore and J Mascis were big influences,” Kevin Shields told me in 2013. “They were a kickstart: this stuff is happening. But also one of the main effects we used was called reverse reverb. I used it all over the Ecstasy and Strawberry Wine records to no great consequence, because I was using it the way it was meant to be used. Then in ’88, I discovered that it was extremely sensitive to velocity and how high you hit the string. You could make huge waves of sound by hitting it softer or harder.”

These techniques allowed Shields to begin his sonic explorations, but there were other factors at work, too. “The record I made before I smoked pot was ‘Sunny Sundae Smile’,” says Shields. “Then I smoked pot for six months and made the You Made Me Realise EP.”

The EP was released in August, 1988. The same month, My Bloody Valentine appeared alongside The House Of Love, Primal Scream and Felt at Doing It For The Kids – an all-day event hosted by Creation at the London’s Town & Country Club.

“There’s a photograph of the Valentines on stage at that gig, taken from behind,” says Mat Flint, later singer-guitarist with Revolver. “You can see me and Christian [Savill] from Slowdive in the audience. Simon Scott [Slowdive] was also there. I’ve always wondered how important that gig was in terms of shaping what came afterwards. So many people who were about to be in bands must have been there.”

A few months later, Jeff Barrett accompanied this new, heavier incarnation of the Valentines on a UK tour to support their debut album, Isn’t Anything. “I was witnessing it all the time,” he says. “I had a very memorable night going to Manchester to see them play one of the university rooms. A Haçienda head came down and said, ‘Take this, you’re coming with me.’ That’s the point where everything started going hazy. I remember a gig at Nottingham Trent poly where the band were phenomenal. The point was, nobody was prepared for it. ‘This is it now.’ It was that exciting.”