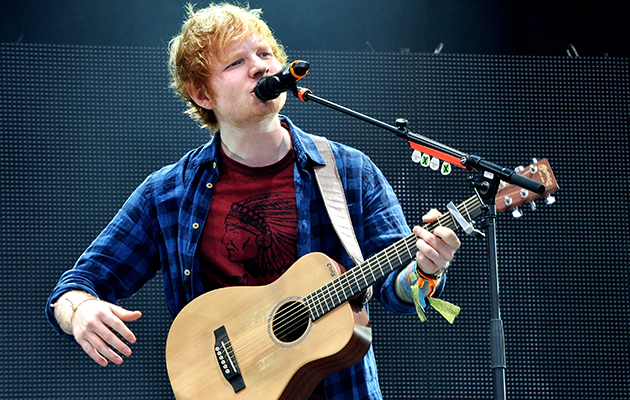 I trust everyone who attended Glastonbury this past weekend has made it home by now, one way or another? I haven’t been for a few years now, but watching the coverage on BBC it occurred to me that, no matter how much I dislike the music being shown, I always wish I was at the festival: always, that is, when the weather’s OK.

As ever, please let us know what your highlights were. I managed to miss Radiohead on the TV, among many other things, but the one thing I really enjoyed was the show on Sunday night by Nile Rodgers and Chic, especially when Rodgers sneaked a verse from “Rapper’s Delight” into “Good Times”; clearly his attitude towards that sample isn’t as acrimonious as it used to be.

I also watched at least some of Ed Sheeran’s headline set on Sunday night, which was a novel experience given I’ve assiduously and perhaps perversely avoided his music, to the best of my knowledge, up ‘til now. My previous ignorance isn’t something to be proud of, really, but I generally think that there’s too much interesting music out there, so I’d rather concentrate on the likely good stuff rather than spend time being pointlessly riled by records I probably won’t like. Keeping a cool head, at this late date, seems more valuable than being properly culturally informed. My 12-year-old, grudgingly, reckons that Sheeran is at least better than Justin Bieber, but then he came to see Kraftwerk with me last week and has been thoroughly brainwashed, so shouldn’t be trusted.

Anyhow, I inevitably documented the experience on Twitter and, as they say, life came at me fast…

I think in some ways it's interesting. Maybe not as bad as I thought it might be.

OK wow taking that back instantly.

Well this has been a pretty accelerated learning process.

My general ignorance of Sheeran extends to not having read many thinkpieces about him either, so I’m sure my observations aren’t exactly novel. But for a few minutes – specifically when he was playing a song called “Bloodstream”? – I genuinely did find it intriguing, in a way quite strange: the solitude of it; the anti-star amiability taken to an endpoint of relatability; the fact that his use of loop pedals had a bunch of my kindred spirits on the Twitter timeline raging inaccurately about backing tapes. I didn’t like it, exactly, but I did find it fascinating.

People of my age are traditionally meant to rage impotently, with purple-faced indignation, about how they don’t understand why the kids today like the music they do. I try and avoid that, and mostly have decent hunches why music is and isn’t successful with different demographics. I was left at a loss, though, to work out quite how someone who sounded so much like David Gray, of all things, should have become so popular with adolescents. I get, just about, the appeal of the kid next door doing a chatty, homespun version of the consolatory hug anthemics that work so well for Coldplay and so on. But there’s something about the specific timbre, the moments of earnest folkie reverie, that makes me think there’s something deeper going on – or at least a plausible approximation of depth that works for his audience in ways that many of his critics, I suspect, don’t really appreciate.

Then of course Sheeran played “Galway Girl” and all my rationalising went out of the window, and after that came the rapping, and I’m afraid to say I cracked and turned off the TV. But I’m going to try and forget about that now, and focus on what might ultimately be a positive sense of bewilderment. And the irony, perhaps, that a performer whose reputation is built on affability, and a lack of otherness, could be divisive because what he does musically, and the context in which he does it, is actually kind of weird. It was a learning experience, in ways I didn’t entirely expect.