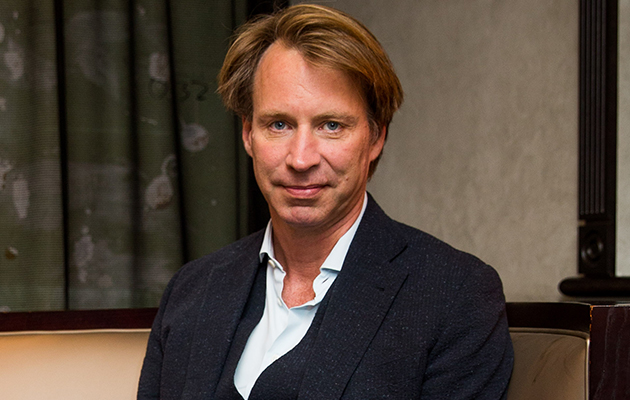 Here’s a longer version of our Giles Martin Q&A that accompanied Louis Pattison’s lead review of The Beatles’ self-titled epic in our issue dated December 2018. Martin, of course, remixed the album for this new version, and sifted through hundreds of hours of outtakes, demos and studio chatter. “By January I was thinking this sounds really bad…”

It must have been daunting remixing ‘The White Album’ – but in a very different way to working on Sgt Pepper…
It’s weird, ‘The White Album’ – I had this view of it, before I started work on it, that stemmed from my dad. A lot of people in America, ‘The White Album”s their favourite album. But my dad, it wasn’t his favourite album – not by any stretch of the imagination. Because the lunatics had taken over the asylum. He’d lost the classroom. I always had this view it was this dark, unhappy project. But I don’t think it was. Paul came in, and we listened to it. We sat and listened to “Julia” – he was there when John recorded “Julia”, famously John and Paul would go off together and work on a track, “The Ballad Of John And Yoko” for instance. Which wasn’t on ‘The White Album’, but that sort of era. I think it’s more of a solo song record than the previous albums were, but there’s still this collaboration there – you can hear the rest of the band in the background. When Paul’s doing “Mother Nature’s Son”, you can hear John’s in the control room.

There are two comments from George Harrison when he’s talking about Marmite!
I was looking for a Beatles sponsorship deal from Marmite… yes, it’s funny, I haven’t done a rose-tinted job on this. I’ve been through all the tapes and selected outtakes, and I was looking for the arguments. But there’s no sort of editorial control with The Beatles. As you can tell from Paul’s recent interviews, he’s quite happy to go to dark places, especially nowadays. So I think from what I can tell, they generally had a pretty good time. I think they made my dad and other people around them’s lives a bit miserable – because they were just like this is our world, this is our record, bog off.

Geoff Emerick quit the sessions, didn’t he?
I read Geoff ‘s book and it didn’t make a lot of sense. He claimed “A Day In The Life” was an edit, which it wasn’t, God bless him. But [he was] an amazing engineer. I wasn’t there, but I know they wouldn’t let the engineers mess around too much with sounds, for instance, and I know they worked really strange hours. it became normal in the ’70s and the ’80s, but in the ’60s you’d start at 11 and finish at 5. At the time I heard you’d draw straws to not be on a Beatles session. Of course these days you’d write a book about being on a Beatles session. But I think from what I can tell – you’d go through something like “Sexy Sadie”, or “Cry Baby Cry”, something there were a lot of takes of. Or “Happiness Is A Warm Gun”, John says “it’s not fun but it’s getting better” and then George says “it’s getting better and it’s fun”. They’re strangely supportive of each other, and I expected to hear them throwing their toys out of the pram. That was the strangest revelation to me.

It must be very different source material compared to Pepper.
I was surprised actually. I always thought Pepper – I was asked to look at it the year before last, I’m not going to do it before I’ve heard a few tracks, and I started doing it and thought this is good, I’m not going to destroy it. But ‘The White Album’ I thought, it’s going to be a breeze – this trashy record, I bet we can make it sound bigger and brighter. But actually the nuance of it is on tape, it’s very much recorded in that way. You have to be careful with these sorts of records that you don’t take away the character – the dirt, the distortion. Because that’s what makes it such an interesting record. It was a more challenging mix for that reason.