Gary Numan: “David Bowie asked for me to be thrown out of the studio”

The industrial veteran on flying, synths and hanging out with Queen 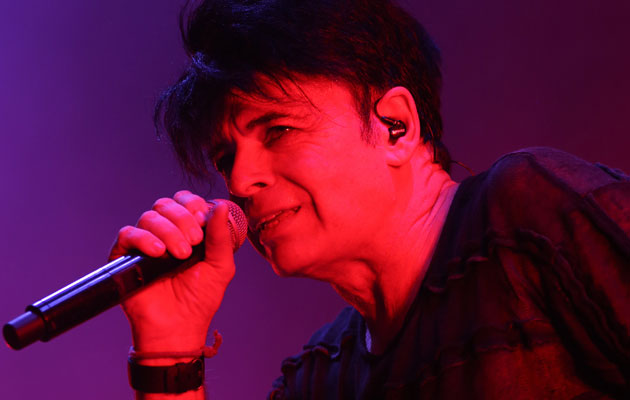 While Gary Numan’s music is defiantly industrial in construction and dystopian in theme, the man himself cuts a pleasingly down-to-earth figure. Here he is, explaining to Uncut what’s on his touring rider: “Americans aren’t very good at bread,” he says. “So I ask for some decent bread, some butter and peanut butter. I’m so easily pleased, it’s embarrassing…”

It is late December and Numan is in Colorado on the closing dates of a 30-date North American tour. It is the latest leg in a global trek that has been running since September in support of Numan’s current album, Savage: Songs From A Broken World. “The energy level is good,” he reports. “But the repetitive nature is beginning to wear a little bit.” Nevertheless, Numan is still vibed up for the business of the day: soon he has a pre-show meet-and-greet with fans, a soundcheck and then emails to catch up with before the gig. But first, he has your questions to answer – on a range of subjects, including voting Tory in his youth, ferrying indie pop stars round the UK in his private airplane and an unexpected encounter with Queen in the Far East. “It’s easy – talking about myself! I could do that all day!”

A lot of people fetishise old synths: ARPs, Wasps and so on. Do you see the appeal  in that? Or are you  glad technology  has moved on?
Nat Wellington, London
I don’t see any appeal in it at all. To me, synthesisers have always been like screwdrivers, hammers – tools you use to do a certain job, and once that job is done then I prefer to move on and find a new tool for the next job. There are a lot of people who look back on that early era of synthesisers, but those machines are of a kind. I think if you’ve made a number of albums with them, you’ve used the available palette of sound. Electronic music is about finding new sounds and new methods and moving forward.

Do you still have the  fabled Mini Moog you discovered in the studio  in late 1978?
Grace Astor, Leeds
I have few items of  the original gear, but I do have a Mini Moog. When I lived in East Sussex, I had  a garage with an attic roof. We put the house on the market, and I decided to clean out all this ivy that had grown in through the attic and smothered everything up there. I was hacking away, and I found a fucking  Mini Moog pretty much growing under a bush. I got it done up again and it’s all lovely. I think my dad’s got it.

You were at Victoria Station in May 1976 when Bowie arrived off the Orient Express. Did he really make  a Nazi salute?
Nick Edwards, Cambridge
I was there all day and never saw him!  I was 18. I’m pretty sure I was wearing a green boiler suit. I just remember being there with lots and lots of Bowie fans and everyone went mad, screaming with exciting, but I couldn’t see him. In the ’80s, I did the Kenny Everett show and Bowie was on, too. I was a massive fan, I had seen him countless times; I had an embarrassing array of bootlegs. The chance to even be remotely near him was an honour. But he asked for me to be thrown out of the studio and then taken off the programme, which was very disappointing. But as the years have gone by, I understood far more the way he saw things then. He was still a young man, with ups and downs in his own career, and I think he saw people like me as little upstarts. But later he said some nice  things about me, so that made the whole thing better!