For those who are disappointed not to have scored a ticket to see the Rolling Stones in 2012, then there is some slight consolation. 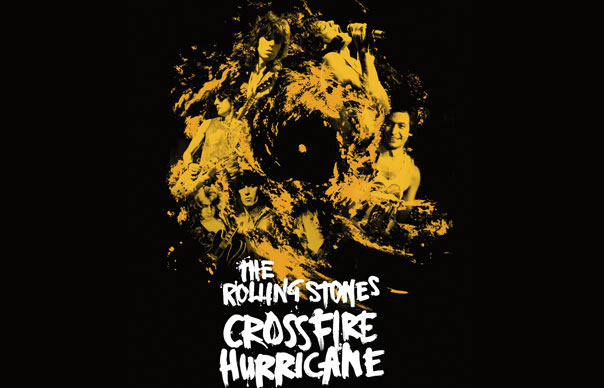 For those who are disappointed not to have scored a ticket to see the Rolling Stones in 2012, then there is some slight consolation.

Thanks to Brett Morgen’s superb new film, it is now possible to see the Rolling Stones live in 1963, 1972 and all points up to and including the band’s 1981 American tour. Most of Crossfire Hurricane consists of live footage; the evolution of the Stones is illustrated via concert hall, free festival or sports stadia, with their marvellous adventures narrated off-screen by the six surviving members of the band. It’s possible Morgen – and, presumably, the film’s producer, Mick Jagger – would like us to believe that live is very much where it’s at for the Stones. Of the 20 officially released titles in the Rolling Stones filmography, 16 of them are concert films. (Equally, I wonder how much footage exists of the band in the studio and how much of it would make for dynamic cinema viewing.)

Crossfire Hurricane covers the period from 1962 – 1981. It is not an academic film. This is not a forensic study of the Stones’ writing and recording habits – you may be surprised to discover that no Stones album titles are mentioned in the film, and only three songs are specifically identified by name (“Tell Me”, “No Expectations” and “Midnight Rambler”). It’s a persuasive, if familiar narrative: from screaming teenage girls on their first UK tour, through the Redlands bust, Brian Jones’ death and the band’s Exile-era imperial phase, up to the arrival of Ron Wood when, as Jagger puts it, things got “more colourful, less dangerous.” Apart from live footage, the band’s story unfolds in news reports, Super-8, TV interviews and archive material from existing documentaries like Charlie Is My Darling, One Plus One and Cocksucker Blues. There is lovely black and white film of the band in a hotel room, Mick and Keith in the process of writing “Tell Me”, Charlie sitting next to Keith on a sofa, Andrew Loog Oldham tapping out a rhythm on a bedside table in the background. The live material, though, is amazing. The early footage, of the band being forced off tiny stages by hysterical teenagers, gives way to bigger crowds on their 1964 American tour and a greater sense of danger – water canons, truncheons, police on horseback. Running in parallel to this, we get the band’s formative TV appearances, often hilariously funny and unguarded, the band not exactly deferential to their hosts. It’s all a bit of a lark. In one of the most revealing off-camera interviews with Morgen, Jagger talks about changing “character” every six months or so. He’s specifically addressing the development of the “Sympathy” character, but with this in mind it’s interesting to watch him on clip from a 1960s UK TV arts programme, wearing a cravat and speaking his best Dartford Grammar School posh, inhabiting another character as he relishes the access he’s attained to the gentrified end of the TV schedules.

The 1960s ended badly for the Stones, with the Redlands bust, Brian’s death and Altamont: well-covered ground, of course, but still powerful. Redlands starts with a moment of bucolic, psychedelic whimsy – Mick and Keith on acid, walking through the Sussex countryside, drinking fresh cow’s milk (revelation: “I still don’t like milk,” says Mick), and ends up as a pivotal moment for the band, where things stop being fun and lengthy jail sentences becomes a very real threat for both men, the end of the Stones a distinct possibility. To Keith, Redlands was “a badge of honour… the cops turned me into an outlaw.” The moment when the acting of roles became a serious business. Brian’s death is cut to some tremendous studio footage of the choir recording the introduction to “You Can’t Always Get What You Want” and Mick, Keith and Charlie blank-faced in the studio with Jimmy Miller. The darkness and chaos of Altamont is genuinely nasty, and it’s easy to forget until you watch film of the event just how close the band were to the crowd: Meredith Hunter’s murder happened only a few feet from the stage. The reportage-style shots of the crowd – presumably from the Maysles’ Gimme Shelter – look like outtakes from a George Romero zombie movie.

The black and white sequences Robert Frank filmed at Nellcôte are beautiful. Keith Richards starts to look like Keith Richards: it’s a thing, but he looks his best when he’s at his most strung out, lost in heroin and “Dracula time”. Without getting into high falutin’ ideas here, early in the film Jagger says of the Rolling Stones “it’s about not growing up”: in 1971, it’s easy enough to conclude that after the events of the last four years, anything the band can do to delay growing up is an essential component of getting through the day, especially heroin. As the Stones tours of the early Seventies – “an ill-disciplined, hedonistic binge,” according to Jagger – reshape our ideas of what a rock and roll tour can achieve, one of Keith’s earlier quotes comes to mind: “We were a little less showbusiness, the showbusiness side wasn’t interesting to us.” Now, here’s Jagger inviting Dick Cavett backstage to Madison Square Garden. What are those pills I saw earlier on a tray, asks Cavett. “Vitamins,” says Jagger. “Vitamins and salt.” The Toronto bust in 1977 proves another critical point in Morgen’s narrative. Ironically, the point where the band decide to grow up coincides roughly with the arrival of arrested adolescent Ron Wood as Mick Taylor’s replacement. Jagger’s comedy hats come into their own roughly around the same period.

What do we learn about the Rolling Stones from Crossfire Hurricane, then? There’s very few revelations here – Jagger’s dislike of milk, notwithstanding. All the same, this feels like the most comprehensive and satisfying film I’ve seen about the Stones. The off-screen interviews do their job – Jagger carries it, easily the most personable. For so long it seems like Jagger has been the less-preferred Stone: it’s always been about Keith, who continues to embody the piratical spirit of the band, while Jagger has been reductively painted as a micromanaging whip-cracker. But this will remind you of Jagger at his best. He is the one who makes the most sense of this colourful, chaotic narrative. And going back to the abundance of live material here, you can’t help but notice how he’s grown into the role of frontman as the size of the venues increases. “You can’t be young forever,” he says poignantly at the close of Crossfire Hurricane, 38 years old as the film ends.

Crossfire Hurricane opens in cinemas today. It will be shown on BBC Two in November, with a DVD and Blu-Ray release in early 2013