“Go to the smokehouse, get the saw!” 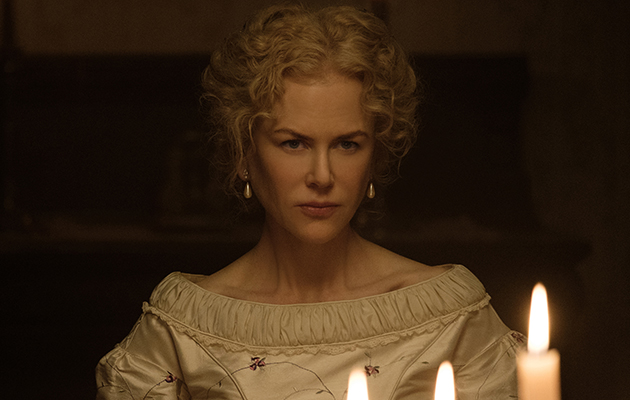 In 1971, Don Siegel’s Civil War drama The Beguiled starred Clint Eastwood as a wounded Yankee soldier given sanctuary at a girls boarding school in rural Virginia. It was one of Sigel and Eastwood’s most unusual collaborations – part Western, part Southern gothic horror. Even by the standards of Seventies’ cinema, Siegel’s film was shocking, transgressive; Eastwood’s soldier a predatory figure, declaring that a 12 year old girl was old enough for kissing.

For her latest film, Sofia Coppola has returned to Thomas Cullinan’s 1966 source novel and modified the story’s focus. This time, the events that take place at the Miss Martha Farnsworth Seminary for Young Ladies are viewed from the perspective of the headmistress (Nicole Kidman) and her cast of female teachers and students (who include returning Coppola associates, Kirsten Dunst and Elle Fanning). Coppola retains the genre trappings of Siegel’s film, but her interests lie in the dynamics between a tight-knit group of women and the destabilizing influence of an intrusive male presence. There are tonal shifts, too. Siegel’s film played as lurid horror, while Coppola favours a languorous, hazy tempo – closer, perhaps, to the woozy ambience of The Virgin Suicides. The latest incarnation of corporal John McBurney played by Colin Farrell – is simply working whatever angle he can for his own advantage. Poisoning, amputation and more follow.

Both Kidman and Farrell are on splendid form for Coppola. Kidman’s Martha Farnsworth balances her prim sense of decorum with growing sexual attraction to this injured interloper, while Farrell delivers charm bombs with maximum impact. While Coppola spends much of the film’s early part lingering on the moody, mist-wreathed landscape and candle-lit rooms, the third act tips into ripe psychodrama: “Go to the smokehouse, get the saw!”