First look review! Once Upon A Time… In Hollywood 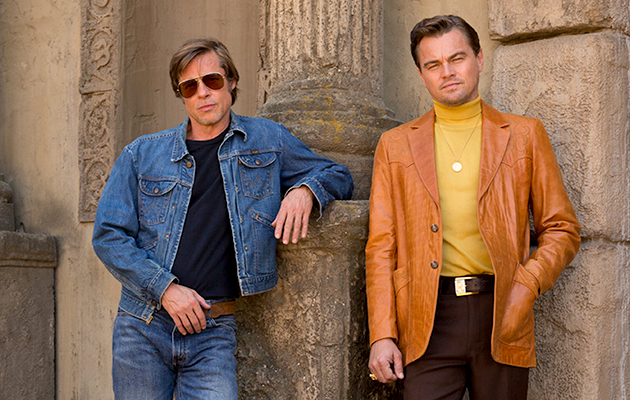 The biggest misconception about Quentin Tarantino’s ninth and likely penultimate film is that it would be cast in the mould of his idol Sergio Leone’s epic western Once Upon A Time In The West (1968) and its near follow-up Once Upon A Time in America (1984). It definitely has the sweep, the scale, and some of the biggest names in the business at the peak of their powers, and yet Once Upon A Time… In Hollywood never attempts to reach the operatic heights that Leone strove for. Instead, it is something altogether more intimate, a hangout movie with a heartbeat that carries its pop-culture baggage in much more discreet and polished packages than we’ve perhaps seen from Tarantino before.

The ellipsis in the title is the key here: this Once Upon A Time… is a bedtime story for adults, and for the bulk of its running time it’s a remarkably serene experience. It begins with fading matinee idol Rick Dalton (Leonardo DiCaprio) getting a wake-up call during a meeting with Hollywood agent Marvin Schwarz (Al Pacino). Schwarz wants Rick to go to Italy to work with Sergio Corbucci (“Italy’s second greatest director”) and follow in the footsteps of Clint Eastwood. Rick thinks he’s better than that, and that his career is doing just fine, but Schwarz points out the harsh reality of his situation: once a household name, Dalton is now reduced to guest spots, playing the heavy in other people’s shows. After the meeting, Dalton breaks down, but – as ever – his stunt double/chauffeur/PA Cliff Booth (Brad Pitt) is there to pick up the pieces.

The first two-thirds of the movie is a Pulp Fiction-style back-and-forth covering two days in February 1969. While Rick prepares for his latest gig, playing bad guy Caleb in an episode of TV show Lancer, Cliff runs his errands for him. While driving to and from Rick’s bachelor pad in upscale Cielo Drive, Cliff sets his eyes on Pussycat (Margaret Qually), a pretty young girl from a hippie commune based out in Chatsworth. Meanwhile, Rick’s next-door neighbour, a hot new star named Sharon Tate (Margot Robbie) is enjoying the first flush of fame, taking time out of her day to catch an afternoon screening of her new film The Wrecking Crew, a screwball action comedy starring Dean Martin as the James Bond-satirising Matt Helm.

Clearly, there is more to Once Upon A Time… In Hollywood than this, notably in the final third – which the director has asked journalists not to reveal – and which, as you might expect, is not for the faint-hearted. But even in its darkest moments, Tarantino’s film never loses sight of its mission, which is to entertain at any cost.

Some might find certain sections overly long – it’s Tarantino, they always are – but the difference this time round is that these scenes add texture rather dialogue (we see an awful lot of Dalton’s episode of Lancer, which Tarantino presents as its own reality, rather like Richard Rush’s 1980 cult classic The Stunt Man). The music, too, is on the down-low, virtually the whole film scored by ’60s AM station Boss Radio, complete with movie ads and jingles.

But the biggest surprise of all is how Tarantino handles the events of August 1969, a night that would later transform Charles Manson from hustler, pimp and guru into one of the world’s most feared monsters. Tarantino pierces that myth with one of his funniest set-pieces to date, and it’s a measure of what he’s achieved here that a film ostensibly set against the backdrop of one of the most horrific crimes of the 20th century is actually one of Tarantino’s lighter films, a feelgood celebration of art and humanity with some of the most poignant scenes he’s ever written.