The IMDB lists Noah Baumbach’s credits since 2010’s Greenberg as a TV adaptation of Jonathan Franzen’s novel The Corrections and a co-write on Madagascar 3: Europe’s Most Wanted. 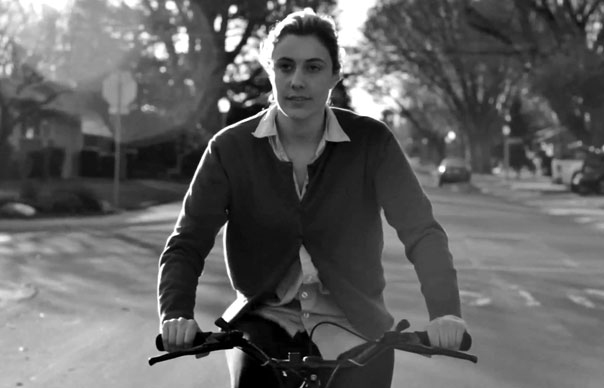 The IMDB lists Noah Baumbach’s credits since 2010’s Greenberg as a TV adaptation of Jonathan Franzen’s novel The Corrections and a co-write on Madagascar 3: Europe’s Most Wanted.

At first glane, Baumbach’s credit on a DreamWorks animation seem conspicuously out of synch with his previous work – after all, Baumbach, is best known as an occasional collaborator with Wes Anderson and, in his own right, the auteur-ish chronicler of neurotic family dynamics like The Squid And The Whale and Margot At The Wedding. Perhaps Baumbach recognised something from his own films in the four squabbling talking animals in the Madagascar series. But it’s likely Baumbach was brought in by Madagascar’s star Ben Stiller – they worked together on Greenberg – to legitimise the ailing franchise. It certainly ranks as one of the strangest pairings of director and studio since Charlie Kaufman was drafted in to script doctor Kung Fu Panda 2.

Normal service seems to have been restored, however, with Boambach’s latest, Frances Ha. Shot in black and white, it stars Greta Gerwig – the female lead in Greenberg – as an aspiring dancer who lives with her best friend in Brooklyn. Gerwig’s star is very much in ascent right now – she was terrific in Whit Stillman’s Damsels In Distress last year, although that film – brilliant as it was – may just have been too much of an acquired taste for many. At least on the strength of this trailer, Frances Ha – which Gerwig co-wrote – appears to be a warmer, more accessible film than Stillman’s. The black and white cinematography – and Gerwig’s skittish heroine – calls to mind both Woody Allen’s Manhattan and also Gerwig’s mumblecore roots. Fans of slapstick will presumably enjoy watching Gerwig fall over in the trailer. Those who’re less enamoured with tales of first world woes – Frances appears to lack a job and steady income – should probably give this a wide berth.
“What do you do?” Frances is asked at a dinner party.
“It’s kind of hard to explain,” she replies.
“Because what you do is complicated?”
“Because I don’t really do it.”
There’s a great use of David Bowie’s “Modern Love” on trailer, too.

Frances Ha opens in the UK on July 26