Already, this year has provided plenty of good gear for fans of music documentaries. We've had Kevin McDonald's Bob Marley film and more recently, Lawrence Of Belgravia has capped a resurgence of interest in the idiosyncratic career of the Felt singer. 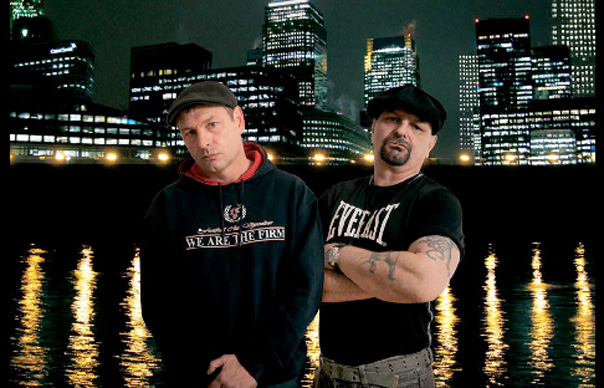 Already, this year has provided plenty of good gear for fans of music documentaries. We’ve had Kevin McDonald’s Bob Marley film and more recently, Lawrence Of Belgravia has capped a resurgence of interest in the idiosyncratic career of the Felt singer.

You’d assume that the makers of East End Babylon are hoping that their film will prompt a similar rediscovery of its stars, the Cockney Rejects. The model here is Oil City Confidential, Julien Temple’s excellent documentary that did much to resurrect the reputation of Dr Feelgood. In fact, East End Babylon is directed by Richard England, Temple’s executive producer on Oil City Confidential. But unlike Dr Feelgood, history has not been so kind to the Cockney Rejects. As key players in the Oi! movement, they are tarred by association with far right groups and football hooliganism and, in a show at Birmingham’s Cedar Club in 1980, can claim the dubious honour of playing one of the most violent gigs ever documented.

England does a very Temple thing by exploring the psychogeography of the Rejects’ native Canning Town, from the extensive bombing campaign during the Blitz to the slow running down of the docks during the Seventies. A hard life breeds hard people, he concludes. “In the 19th century, there was a saying: Never enter the East End without a loaded gun, and never, ever go there alone,” begins the opening voiceover from frontman Jeff Geggus. “Back in the 1970s, they may well have been saying that about our gigs.” As Jeff Geggus, his guitarist brother Mick and assorted band members, friends and family tell it, Canning Town was a “city of thieves”. Jeff Geggus claims that Parcelforce apparently won’t deliver there for fear of hijacking. “You could imagine Jack Regan and Carter down here every fucking day,” he continues. “They would have had a fucking field day chasing villains.”

Today, the Geggus brothers – both of them big men – are clearly calmer than they were in their youth. There’s even something quite amiable about Jeff, in his sweary, slightly unsettling way, though critically, there is no one quite as funny, eloquent or charismatic as Wilko Johnson on hand to provide mercurial flair. Understandably, the Geggus brothers do a fair job of distancing themselves from their right wing following. I won’t make any claims for the Cockney Rejects’ music, but as a snapshot of a subculture it’s a fascinating film.