Hopefully, you'll have seen the new edition of Uncut by now. Among many, many good things in this month's issue, there's Nick Hasted's interview with Ginger Baker. 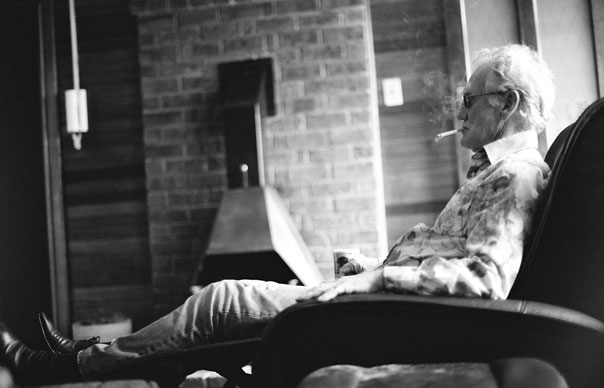 Hopefully, you’ll have seen the new edition of Uncut by now. Among many, many good things in this month’s issue, there’s Nick Hasted’s interview with Ginger Baker.

Nick travelled to Baker’s home on the outskirts of Canterbury, ostensibly to speak to Baker about a new documentary about the drummer’s life. As Nick discovered, Baker himself proved to be quite a character; a fact reinforced by the film’s director, Jay Bulger, who had his nose broken by the drummer while filming Beware Of Mr Baker.

If you’ve not already seen the trailer, it’s pasted below. Apart from the glowing testimonials to Baker’s genius by Stewart Copeland, Lars Ulrich and other superstar drummers, there’s some less salutary comments that hint at the more colourful aspects of Baker’s tale. “He was fairly consistently horrible to people, and to himself,” says Cream collaborator Pete Brown. As Baker says, “If they’ve got a problem with me, come and see me and punch me on the nose. I ain’t going to sue you, i’m going to hit you back.”

As you’d expect, the footage of Baker playing with Fela Kuti, in Cream and Blind Faith is extraordinary. Anyway, I’ll be reviewing the film in the next issue of Uncut. Meanwhile, here’s the trailer for you…