We only interviewed Elmore Leonard once in Uncut. This was around the release of Jackie Brown, Quentin Tarantino’s adaptation of Leonard’s novel Rum Punch; coincidentally, Leonard also had a new novel out at the same time, Cuba Libre. 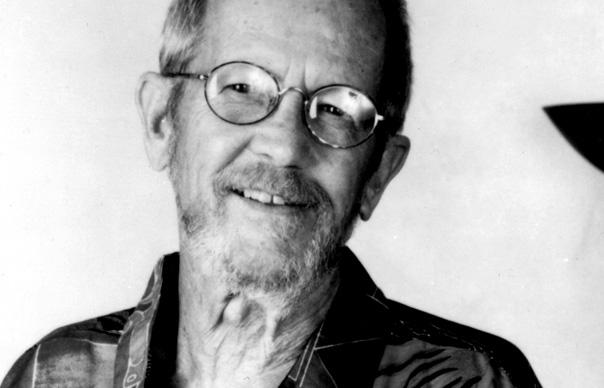 We only interviewed Elmore Leonard once in Uncut. This was around the release of Jackie Brown, Quentin Tarantino’s adaptation of Leonard’s novel Rum Punch; coincidentally, Leonard also had a new novel out at the same time, Cuba Libre.

At that point – spring 1998 – around 17 of his novels had been turned into films, few of them satisfactorily. But Leonard seemed sanguine about the whole business, and during the Uncut interview, he offered some dry observations about Hollywood and some of the directors and actors he’d had meetings with over the years, including Sam Peckinpah, Bruce Willis, Dustin Hoffman and Al Pacino. Few of these meetings had been particularly successful: “I didn’t know what he was talking about most of the time,” he said of Peckinpah. “I don’t think he and I would have worked together very well anyway. My sense of humour isn’t anything like his was – his was like a punch in the mouth. Mine’s a lot more subtle.” Taking about Hoffman, he said, “He had a reputation of looking at something for a long time and then not going with it. We would change things around – in the book, he falls in love with a 50 year old woman. He’d say, ‘I can’t fall in love with a 50 year old woman, who is going to play the part? There isn’t a good-looking woman in Hollywood that’s 50 years old.'”

Looking back on his 30-year involvement with the film business, Leonard said, “I was never in the position of having a director who really understood the work that I’m trying to do and saw the humour in it. I emphasise characters that are kind of dumb/funny in what they say – but they’re all serious.” It’s true enough – not many directors seemed to get under Leonard’s skin, or get close to his extraordinary tradecraft or his take on humanity.

But Uncut met Leonard at the moment where Hollywood finally caught up with the author. Barry Sonnenfeld’s Get Shortly and Tarantino’s Jackie Brown had just come out and round the corner was Stephen Soderbergh’s Out Of Sight. They were enough, I guess, to finally wipe the memories of the Ryan O’Neal version of The Big Bounce and Burt Reynolds’ Stick – the latter film Leonard held in cheerful disregard. “I thought Burt Reynolds would be good for the character,” he told us, “but he insisted on directing the picture. With a stronger director, it might have worked but he was a little too slick, it wasn’t real enough for me.”

That’s not to say that previous adaptations of Leonard’s books were completely without merit – there’s a lot to commend some of the films of his Western novels, especially The Tall T, Hombre, Valdez Is Coming and both versions of 3:10 To Yuma. And let’s not forget Justified, too: a TV series that’s made good use from his source material. Of the films that were never made, but optioned, I would have liked to have seen Don Cheadle’s Tishomingo Blues, or the Coen Brothers’ Cuba Libre. I’m looking forward to Life Of Crime, an adaptation of his 1978 novel The Switch, starring John Hawkes and Mos Def, which is due to open at the Toronto Film Festival next month.

On reflection, it’s strange that we only interviewed Leonard once in Uncut. We spoke to many authors over the years – Richard Price, Carl Hiaasen, Denis Johnson, James Ellroy, Martin Amis, even John le Carre – but it strikes me that Leonard was the author who felt most “Uncut”, if you know what I mean. His novels seemed to feed into all the various aspects of the magazine: the kind of films we wrote about, of course, but you could also detect his influence in a lot of the music we championed in Uncut, especially early on.

Anyway, I thought I’d leave you with some clips – one from Leonard himself, dispensing his rules for writing, and the rest from the movie adaptations of his books he did approve of. But before that, here’s one final quote from the Uncut interview, where he is talking about some script doctoring on a Charles Bronson movie directed by John Sturges. It’s not a great insight, or a particularly life-changing story, but it has a great pay-off line – just like many of Leonard’s marvellous stories. “I had to add a fist fight, a gun fight and a love scene,” he told us. “Sturges left to shoot another movie and I presented the scenes to the producer, Dino Di Laurentiis. He asked me what I was working on. I told him the story of 52 Pick Up and, as I did, his assistant translated it into Italian. It sounded a lot better.”