Edwyn Collins – My Life In Music

Deluxe reissues of all of Orange Juice’s seminal albums are out on February 3 – to celebrate that, this week’s archive delves back to November 2007 (Take 126), when the band’s frontman (and, of course, successful solo artist) takes us through the records he L.O.V.E. loves… Interview: Stephen Troussé 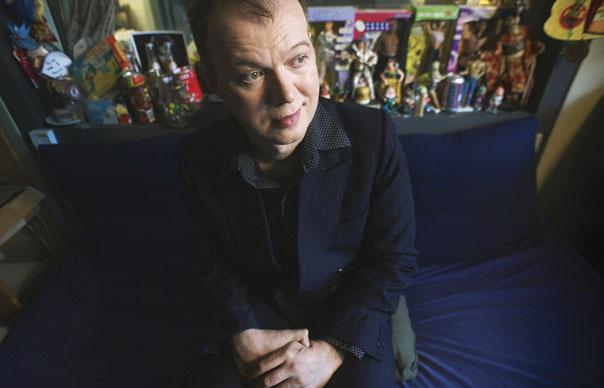 Deluxe reissues of all of Orange Juice’s seminal albums are out on February 3 – to celebrate that, this week’s archive delves back to November 2007 (Take 126), when the band’s frontman (and, of course, successful solo artist) takes us through the records he L.O.V.E. loves… Interview: Stephen Troussé

The First Single I Bought
Donovan – Jennifer Juniper (1968)
I was eight years old. It was a magic time. I was living near Dundee, going to school, having friends over. Laughter, high excitement and energy. I was a bit naïve and a bit carefree and I liked Donovan. It’s weird – I suppose it does sound a bit like a Belle And Sebastian record now. A happy record. Do I still like it? Ha ha, no, not at all!

The Record That Reminds Me Of Punk
Subway Sect – Don’t Split It (1978)
It’s a thrilling record from the time of punk. This song was on the B-side of “Nobody’s Scared”. They played in Edinburgh with The Clash, The Buzzcocks and The Slits and so on. I was in The Nu-Sonics playing punk myself. Vic Godard is a friend of mine now, but he thought we were all idiots back then. But slowly he came around to us and I ended up producing a record for him.

A Record By A Local Hero
Aztec Camera – Oblivious (1983)
Roddy Frame was 17 when Aztec Camera started. I was 21. I suppose I did discover him. I persuaded him to be on Postcard. Am I still friends with [label boss] Alan Horne? No chance! We didn’t feel betrayed when Roddy signed with Rough Trade – we were like, “Good luck to you!” “Oblivious” and High Land, Hard Rain are just great.

A Record That Inspired Me
The Slits – Typical Girls (1979)
“Typical Girls” is an exciting record: reggae and dub meets… Ari Up! I know her now. She’s mad, but a great girl. They inspired me to experiment more, with sound and atmosphere, and… life! Orange Juice went on to work with [Cut producer] Dennis Bovell. Back then young groups would listen to reggae and soul – that doesn’t happen so much now, which is sad.

A Record That I’m Proud To Have Produced
The Cribs – The New Fellas (2005)
They’re a young group that I produced. I’m very proud of the album. They’re an exciting punk group once more, a three-piece from Yorkshire, all brothers. In fact, my son William is a fan. I like producing bands – but it’s hard to do now because of my hand. But [studio partner] Seb Lewsley is helping me. I’ve found a voice again, and an attitude. I’m pleased with my progress.

A Record That Made Me Want To Play Guitar
Creedence Clearwater Revival – Green River (1969)
They had such a great sound on this record. A fantastic, very different sound. The guitar lines move up and down the frets. There’s atmosphere aplenty. Lots of instruments. But above all, John Fogerty’s amazing guitar. I adore it. I’m not playing right now. I can do chords OK, but my right hand can’t pick them out. Give me another year or two…

A Record I Couldn’t Live Without
Bob Dylan – I Want You (1966)
I love all of Bob Dylan, but I especially love this song. It’s such a crafty record. An exciting record. His most creative record ever… And the words are just so wonderful… and the atmosphere is wonderful. The lyric is succinct. His voice is great. What can I say. It’s all just great!

The Record I’d Like To Be Played At My Funeral
Parliament – The Silent Boatman (1970)
I’d like this played at my funeral. I’d like to be remembered as a man whose main aim was to be kind, to be generous to people. To be exhilarating. “The Silent Boatman”, it’s about being dead, isn’t it? But it’s a fantastic record, and of course, the backing is immense. I enjoy the songs and the voice. I really got into funk in the ’80s. Funkadelic… Chic…

A Record That Makes Me Laugh
Sir Harry Lauder – (Keep Right On To) The End Of The Road (1936)
Good old Harry! He was a Scottish music hall comedian from the 1930s. He wore a lot of tartan. Most of his old 78s are not so good, but I do enjoy this record. “Tho’ you’re tired and weary/Still journey on, till you come to your happy abode/Where all you love you’ve been dreaming of/Will be there, at the end of the road.” It’s inspiring!