In 1570, a few years before he became preoccupied with alchemical quests, heretical visions and attempts to divine the language of angels, Dr John Dee was commissioned to write a government report on the state of England. 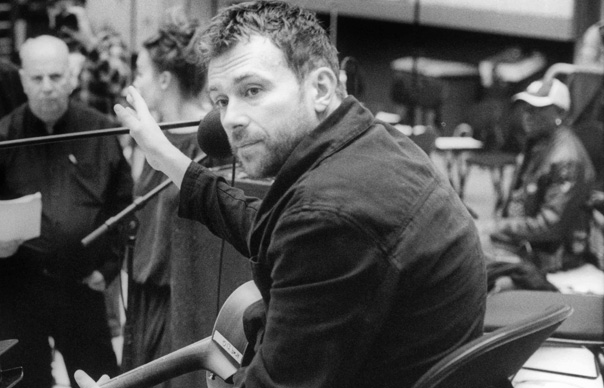 In 1570, a few years before he became preoccupied with alchemical quests, heretical visions and attempts to divine the language of angels, Dr John Dee was commissioned to write a government report on the state of England.

According to Dee’s 2001 biographer, Benjamin Woolley, Brytannicae Reipublicae Synposis (“A Synopsis Of The British Republic”) identified “A variety of problems… that continued to beset the economy, which Dee attributed to urban decay… the debasement of currency and unemployment.”

Four-hundred-and-forty years later, it seems as if Damon Albarn sat down to research his first “English opera” and came to a similar conclusion about his homeland. “From great austerity reigning down from above,” he sings in “Apple Carts”, “Distant is love in our disdain.” With Blur, Albarn was mostly portrayed as a satirical chronicler of England, drawing on a library of Martin Amis novels and Kinks records for reference. But like Ray Davies before him, Albarn’s relationship with England has always been more affectionate and complicated than a superficial reading of “Park Life” might suggest. Magical even, after a fashion: on that album’s “This Is A Low”, he notably turned the shipping forecast into a mystical incantation

Last summer, Albarn’s “Dr Dee” premiered as a work-in-progress at the Manchester International Festival. The story was a terrific one, even though it could be a struggle to follow Albarn’s libretto. It told of Dee, a questing Renaissance multi-tasker whose blend of science, faith, mathematics, politics and magic made him an outré Elizabethan superstar: he astrologically set the date for the Queen’s coronation. There were spies, devious European noblemen and a maverick skryer (crystal ball-reader) called Edward Kelley, who summoned up angels to instruct Dee, and who eventually coerced him into wife-swapping as a means of spiritual revelation.

One year on, “Dr Dee” has evolved into an album, featuring a cast of classical singers, scholars of medieval instruments and the BBC Philharmonic Orchestra accompanying Albarn. On the surface, “Dr Dee” may look like another dilettante-ish Albarn project in the tradition of “Monkey: Journey To The West” (a kind of contemporary Chinese opera) or this spring’s “Rocket Juice And The Moon” (an Afrobeat jam session with Flea and Tony Allen). It would not be uncharacteristic of Albarn, still pointedly ambitious, to try and prove that his credentials as a polymath – or as a musical polymath, at least – were a match for those of John Dee.

But once the overture of birdsong, hurdy-gurdy, church organ and orchestra have passed, it becomes evident that “Dr Dee” is a different thing entirely: the most compelling record that Albarn has made since Blur’s “13”; his first proper solo record, with all the emotional engagement that implies.
For some, of course, the Elizabethan schtick may be tough to penetrate. Albarn sings on eight of the 18 tracks, and employs a host of classical singers, who provide choral passages indebted to early church music composers like Thomas Tallis and William Byrd, or who play the roles of Dee’s associates.

Dee himself never sings, though he will in this summer’s production by the English National Opera, which Albarn has extensively redeveloped with, he says, “a lot more narrative”. It would be easy for Albarn to misjudge these passages, to turn them into “a rhapsody of whimsies” (as one critic adjudged Dee’s magical writing). But only the pair of “Temptation Comes In The Afternoon” and “Watching The Fire That Waltzed Away” feel remotely like a student workshop’s response to the Threepenny Opera, and even then Albarn redeems himself on the latter, with a looping orchestral flurry in the style of Philip Glass to close.

Albarn’s arrangements are beautifully judged throughout, especially the harmonious blending of a particular medieval lute, the theorbo, with a harpsichord and the West African kora (played by Toumani Diabaté’s brother Madou) – a plausibly angelic combination that feels anything but incongruous on “The Moon Exalted”, the most ravishing song here. Notwithstanding the odd settings, a clutch of these delicately conceived songs – notably “Apple Carts” and “The Marvelous Dream” – would just about fit, with minor instrumental tweaks, into Blur’s forthcoming Hyde Park setlist. On the latter, Albarn’s multi-tracked backing vocals sound uncannily as if Graham Coxon has wandered in from those recent Blur sessions.

For all his cartoon capers and globetrotting exploits, and his increasing reliance on keyboards rather than guitar, Albarn’s default songwriting mode since “Out Of Time” (2003) has been wistful, understated, impressionistic; most obviously on his last England elegy, “The Good, The Bad And The Queen” (2007). “The Marvelous Dream” strips that model down to the basics, with Albarn and his guitar tracing the passage of a royal flypass for the 2011 wedding of Prince William and Kate Middleton. Like much of the album, it finds Albarn meditatively picking out the recurring themes of English life, pondering how to reconcile republican sensibilities with an abiding fascination for pageantry and historic ritual. “A time for revival or maybe just a marvellous dream?” he wonders, rejecting the certainties that might have come more easily in his twenties.

“Dr Dee” is full of these patterns and allusions, some more crass than others. “Coronation” weaves in a sample from Queen Elizabeth II’s 1953 shindig, while the unearthly song of the scryer Edward Kelley, performed by Christopher Robson, features a sample of Aleister Crowley, who claimed to be a reincarnation of Kelley. Manipulative occultists with a taste for free love are not, evidently, a uniquely Tudor phenomenon.

And neither, of course, is a climate of national uncertainty. The late 1570s and early 1580s was a period of dramatic astral activity, leading many of Dee’s astrological contemporaries to forecast a dire future for Elizabeth and England. Dee, though, thought otherwise. He believed the 1577 comet was “a portent not of Elizabeth’s destruction but of her elevation”, Benjamin Woolley writes in “The Queen’s Conjuror”, “and the fulfilment of a destiny greater than even she might have imagined.”

Among the many valuable and entertaining lessons to be learned from “Dr Dee”, there is the possibility that, as history shows us, the good times might just come round again. Dee and Kelley would pray before they tried to contact the angels, and “Oh Spirit Animate Us” has the tone of a religious entreaty. Damon Albarn is too cautious to make bold predictions, or put all his faith in a higher power that probably doesn’t exist. Nevertheless he gives it a go, with a mournful refrain that he almost edited out of the song: “Give us something of a righteous revival.” In troubled times, surely one request thrown into the void can’t do any harm?