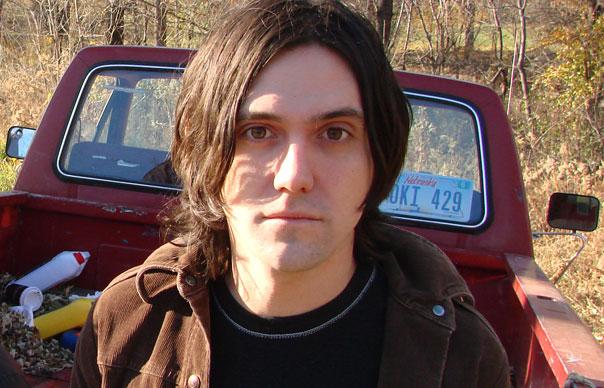 The first record that mattered
Jackson Browne – Jackson Browne (1972)
My mom and dad listened to that first Jackson Browne record a lot. Just the sound of his voice was so soothing. I went back and rediscovered it recently. One of my brothers bought it and we sat down to listen to it. I went, “Wow this is so great.” It was just something our parents played – who knew they had such taste in music?

The record that my parents hated
Nas – The Lost Tapes (2002)
My folks were non-judgmental, but the one they liked least was The Lost Tapes. Anything related to guns or misogyny pissed my mother off. But you have to listen to it to get the underlying message; Nas is such a true poet. What he was getting at, common to all the writers I appreciate, is the human condition. Trying to figure out what we’re doing here.

The record that made me start my own label
Slow Down Virginia – Dead Space (1994)
It was Tim Kasher’s [from Cursive] first band. We started our label [Saddlecreek] ’cos we were all in love with this band and wanted everyone to hear it. We got all our friends to kick in money to make a CD. They were into the Pixies, high energy, amazing melodies. This was in ’93. I was 13. Up ’til then I wasn’t really playing music, but seeing them, I saw how it was possible.

The record that made me want to be a better musician
Neutral Milk Hotel – In The Aeroplane Over The Sea (1998)
It made me want to make better music. That was the most beautiful sound I’d ever heard. Life was different after hearing that. It influenced what we were doing at the time. I had friends in Athens, Georgia and I ended up meeting the drummer Jeremy Barnes and recording with him on my Letting Off The Happiness album.

The record I play when I’m in turbulence
M Ward – Transistor Radio (2005)
I hate flying, so I’m always looking for ways to calm myself down. I play anything by M Ward. But if I had to choose only one it would be Transistor Radio. For me, it’s audible Zanex. He’s also a friend of mine, and he’s a calming presence in general. But the sound of his voice, and the sound of those recordings, really does slow my heart rate.

The record I lost my virginity to
Pavement – “Two States” (1992)
I remember I was 15, and she was 19. I also remember I was listening to a lot of indie rock at that point. It was 1995 so I guess it had to be Pavement’s Slanted And Enchanted. I didn’t remember the music that much. But I think the song was “Two States”. God, I could be wrong, but that’s what I remember.

The best cure for the blues
Nina Simone – The Essential Nina Simone (2000)
Anything by Otis Redding, or Nina Simone. I’m focused on her voice because of the meaning behind it and the humanity in it. It just kills me when she sings the line, “Tin can at my feet/Think I’ll kick it down the street.” She’s got one of the craziest voices, it’s not at all technically perfect – all these flat, weird notes – but it’s just so real.

The first record I got high to
Pavement – Slanted And Enchanted (1992)
I’d smoked a bunch of times before, but you know how you think it doesn’t work first time? Then I remember doing it at this house where they used to have “house shows”. Everything was bright, alive. It was Pavement again. I can remember being stoned to it and noticing every single sound and transporting me to being a tiny little particle.

The song I want to walk down the aisle to
Björk – “Unravel” (1997)
It’s the prettiest song… like a marching band under water. I saw her when the Yeah Yeah Yeahs were opening for her. I was in one of the most hated alcohol states and passed out in the YYYs’ dressing room. After the show, Björk is dancing with everyone and I totally missed it. They got me up, and I said, “I love you.” I’m sure it wasn’t what she wanted to hear.