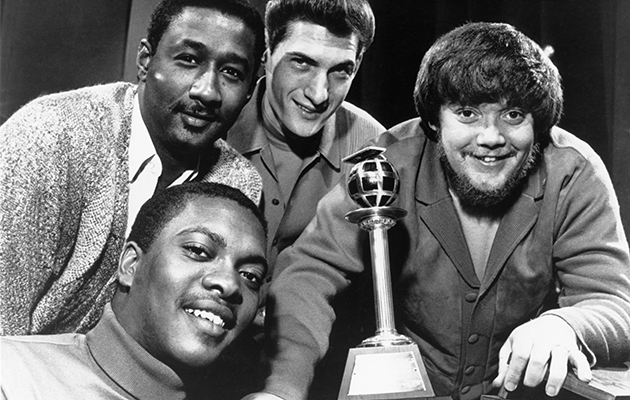 “I used to tell all of ’em at Stax, what we want to do is always keep it just as simple as possible,” begins Lewie Stenberg, Booker T & The MG’s first bassist. “Don’t make it complicated, no kind of way. Record it so a four-year-old child can walk down the street and hum the whole thing. Listen to the early years of Stax, and you’ll find how raw it was.”

In 1962, Steinberg, then 27, and drummer Al Jackson, 27 – both seasoned Memphis musicians – joined keyboard player Booker T Jones, 16, and guitarist Steve Cropper, 21, at the Stax studio. They were there, ostensibly, to record a radio jingle for a health tonic. Instead, they got sidetracked finessing one of Jones’ keyboard riffs and in a little over 15 minutes, they’d written “Green Onions”. It was, you could argue, one of the most serendipitous sessions in the history of soul music. But, it seems, this kind of on-the-hoof jamming was hardly unusual at Stax.

“We’d never rehearsed it, never played it before,” Jones recalls. “This was a phenomenon that happened over and over there. Give people a line, give them your idea, and all of a sudden it lights up.”

Steinberg was replaced by Donald “Duck” Dunn in 1964. The MG’s first split in 1971, and drummer Al Jackson was murdered in his home by a burglar in 1975. Since then, Jones, Cropper and Dunn have been the go-to musicians for anyone looking to add a little funk to their sound, from the Blues Brothers to Bob Dylan. In 2002, Neil Young invited the MG’s to be his backing band on the Are You Passionate? album. This year, Young returned the favour, joining Drive-By Truckers to play on Booker’s Potato Hole album. And as for the legacy of “Green Onions” itself?

“It always surprises me when I hear it,” says Jones. “It has a pluck to it, a spark. It was a fortunate thing to have been involved in something like that.”

STEVE CROPPER: The “Green Onions” session was an accident, a fluke. It was odd that we were recording on a Sunday afternoon. And Stax didn’t do a whole lot of demos. But [Stax co-founder] Jim Stewart wanted to do a demo on Billy Lee Riley, one of the area’s famous blue-eyed soul brothers, who radio-advertised a blood elixir in a Cajun voice. Billy either forgot the date, or was hung-over from Saturday night. And we were checking our instruments and started playing stuff that we would do as a filler in a night-club. Not any particular melody to it, just 12-bar blues, in the Key of F. What we didn’t know was that Jim Stewart heard what we were doing and started rolling the tape. We got through and were laughing and talking, and Jim got on the mic and said: “Hey, come in here and listen to this.” That was “Behave Yourself”. Jim thought it was a single.

LEWIE STEINBERG: He said: “I’ll tell ya what I wantcha to do. Go out there and get me a B-side!”

CROPPER: I said, “Booker, you played me a riff on the organ a couple of weeks ago that was pretty catchy. You still remember that?” He said, “I think so.” So he started playing.

BOOKER T JONES: It was always a piano song. I used to play the riff on the piano at high school and on my mama’s piano at home. The only reason it got recorded on Hammond organ was that in the clubs I was playing that blues, “Behave Yourself”, and the organ was miked up and ready to go. The riff is so simple, and the song is basically the riff played over and over again.

CROPPER: We all just fell in with it. Lewie picked up on Booker’s left hand, and started duplicating it on bass. It wasn’t the first song where I’d doubled the bass-line on guitar. I’d been known for that for a long time. I’m not playing a solo or anything, just letting Booker play. In the middle we wanted to stretch it out, and I started doing these accent-licks. And Jim suggested, “Steve, why don’t you put that on the intro? And then when it comes time for the middle, why don’t you do a straight solo?”

STEINBERG: All three of us, bass, guitar and organ, were all playing the bass-line. When one soloed, the other two would take up the bottom of it. That happened through the whole song. And in the whole “Green Onions” song, we never made our drummer Al Jackson turn around in it. It just kept flowing right on through. Wasn’t no blahblahblahblah from him, then go into the next 12 bars. No, no. It just pulled right on through. Well, we worked on “Green Onions”, maybe once or twice. Then we cut it one time. All your records at that time had to be somewhere in the neighbourhood of 2 minutes and 45 seconds. It came out perfect.