Welcome to the new issue of Uncut: The Beatles, Bob Dylan and more 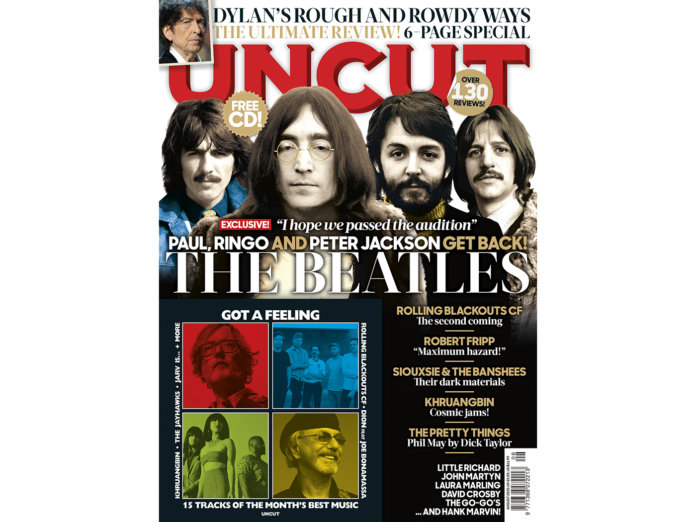 Fifty years on, where do you start with Let It Be? For The Beatles, the answer is a complicated one. Filmed in early 1969, director Michael Lindsay-Hogg’s documentary contains some of the very best audio-vérité footage of the band assembling songs, not to mention their last public concert ever, on the rooftop of Apple Corps’ headquarters at 3 Savile Row; but it also foreshadows their breakup nearly 15 months later. Perhaps understandably, it’s not a project for which the band have historically shown much enthusiasm. “It went into the things that happen in any family: little fights, little niggles, little mistrust, little this, little that,” Ringo Starr tells Uncut.

“The movie and the album didn’t come out until May 1970 and they were in the middle of their divorce,” filmmaker Peter Jackson explains. “The band was breaking up and they were suing each other and obviously it was a very stressful, unhappy time.”

Jackson should know. The filmmaker has been entrusted with fashioning a new film, The Beatles: Get Back – an alternate documentary using Lindsay-Hogg’s extensive original footage. For our first Beatles cover in three years, Jackson, Lindsay-Hogg, Paul McCartney, Ringo and a cast of supporting players help John Robinson get back to the Fabs’ January rehearsals in Twickenham Film Studios – and look forward to Jackson’s new film.

Much of what we do at Uncut involves covering the evolving stories of our favourite artists. This month, it’s not just The Beatles who, all these decades later, continue to intrigue, excite and surprise us. Richard Williams has filed a 3,000-word deep dive into Bob Dylan’s 39th studio album, Rough And Rowdy Ways – a piece remarkable for its breadth, erudition and insight. “Perhaps only the omniscient have a licence to put together songs in the way Dylan does,” Richard writes. “Creating mosaics from fragments of the past and investing the result with fresh meaning through force of personality and poetic vision.”

Incidentally, if you’re one of the many new subscribers who’ve joined the family recently – thank you and welcome on board. These are unprecedented times, but as Ringo reminds us, “The music is the important thing. It always is.”