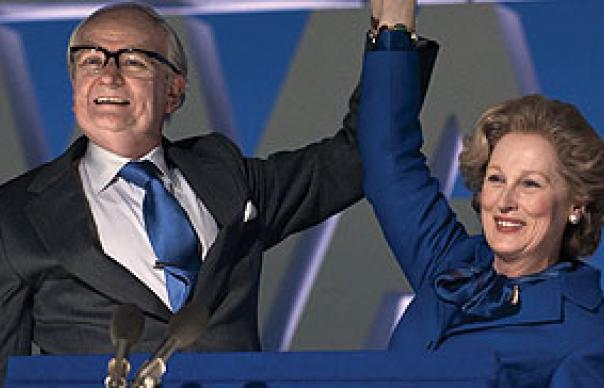 Meryl Streep compellingly inhabits Thatcher, from the autocratic bouffant to the conservative court shoes. But partly as a result of Abi Morgan’s diffident screenplay and partly due to Phyllida Lloyd’s plodding and conventional direction, the film has little of interest to say about either the woman or the period of British history she shaped.

Lady Thatcher’s life, pre and during her political career, is reduced to a series of vignettes, with the film’s emphasis falling firmly on the latter part of her life, showing her as an elderly lady mourning her husband, Dennis (Jim Broadbent). Streep handles it effectively – occasional acidic flashes of the old Thatcher sporadically cut through the fog of senility.

But if the idea is to humanise the woman, it’s rather wasted. If there’s one thing Margaret Thatcher won’t be remembered for, it’s her humanity.
WENDY IDE