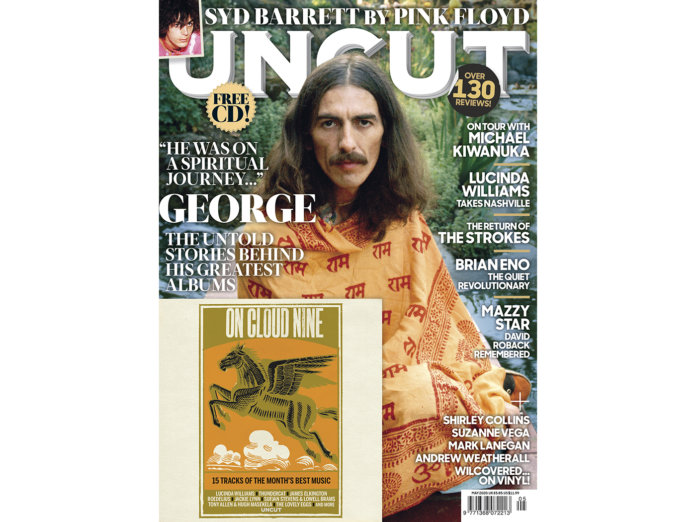 There’s a moment in Martin Scorsese’s documentary George Harrison: Living In The Material World where Harrison reflects, in archive footage, on the distance travelled during his remarkable career. “People say I’m the Beatle who changed the most,” he says. “But really that’s what I see life as being about. You have to change.”

Change, we learn, was always at the forefront of Harrison’s mind. Not so much ‘the quiet one’ as ‘the restless one’, he always appeared to be looking for the next thing. There’s George the early advocate of World Music, George the seeker of spiritual enlightenment, George the movie entrepreneur. For this month’s cover, his biographer Graeme Thomson offers a unique, intimate insight into George’s creative processes across his finest solo albums, aided by the recollections of many of his closest collaborators. But despite his many leaps, from All Things Must Pass to Traveling Wilburys and beyond, one eyewitness recalls George revealing, in a private moment, the ways in which his former outfit still affected him: “All I really wanted to do was to be in a band.”

The new Uncut: order a copy direct from us today

You’ll find plenty of other restless, innovative spirits in this issue. Syd Barrett’s mercurial brilliance is hymned by Nick Mason and Roger Waters, Brian and Roger Eno talk ambient music, colour-coded crossword clues and ELP, Lucinda Williams takes on Nashville, Michael Kiwanuka takes us on tour, David Roback’s singular musical vision in the Rain Parade, Opal and Mazzy Star is celebrated by friends and former bandmates, plus there’s Shirley Collins, Mark Lanegan, Suzanne Vega, Thundercat and more. Elsewhere, our writers are out in force in the reviews section, which features essential reports on excellent new albums from the likes of James Elkington, Tony Allen and Hugh Masekela and The Strokes as well as key reissues from Roberta Flack, the Handsome Family and Joni Mitchell.

I’m also proud to report that on page 8, you’ll find the latest news about our Wilcovered compilation – which gets a vinyl release as part of Record Store Day in June. I’m hugely grateful to everyone who’s helped make this happen and even though I’m looking at an early pressing as I write this, I still can’t quite believe this has happened. Just once, please permit me to say this: I love my job.