Jaan Uhelszki, as you may have seen in the current issue of Uncut, recently spent some time with Bill Callahan at his home in Austin. One of Jaan’s great skills is her ability to conduct a forensic sweep of any environment she finds herself in, and on Callahan’s bookshelves, she notes, are “Bass Playing For Dummies… a King Tubby DVD… Learning Spanish by Michael Thomas, ‘The Language Teacher To The Stars’… a Stephen Crane reader.” 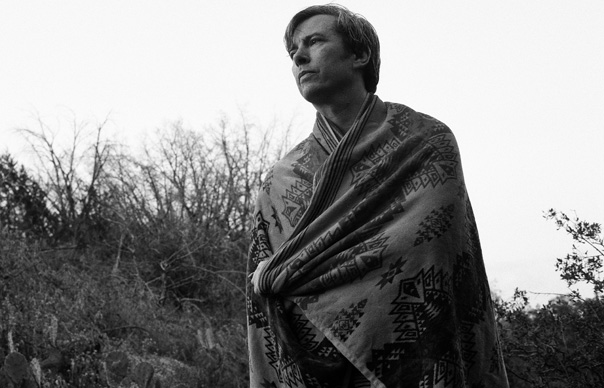 Jaan Uhelszki, as you may have seen in the current issue of Uncut, recently spent some time with Bill Callahan at his home in Austin. One of Jaan’s great skills is her ability to conduct a forensic sweep of any environment she finds herself in, and on Callahan’s bookshelves, she notes, are “Bass Playing For Dummies… a King Tubby DVD… Learning Spanish by Michael Thomas, ‘The Language Teacher To The Stars’… a Stephen Crane reader.”

Given the singer’s elusiveness, it came as a surprise, a few days after I read Jaan’s copy, to discover that her observations had included a clue to one of Callahan’s latest schemes. Not hitherto an obvious fan of reggae, Callahan launched his 15th album by leaking a song from “Dream River”, “Javelin Unlanding”, in dub.

After 20 years of discreet obfuscations and evasions, “Expanding Dub” seemed to signal a new strategy in Callahan’s ongoing project to confound – and, in the process, delight – his loyal audience; a substantially more playful strategy, at that. Reggae does not feature noticeably on the finished version of “Dream River”, but the experiment does serve to draw attention to the enduring spaciousness of Callahan’s music; to the sense that the most significant details in his songs are unspoken, hidden in the interstices between his lines.

There’s a lightness of touch here, too, an aspect of Callahan’s music that’s often been ignored in the face of his prevailingly lugubrious tone. I was making notes on the tracks a week or two back, and a bunch of old Callahan and Smog references kept cropping up, especially songs where his melodies – strophic, perhaps? (something I learned from the Prefab Sprout piece in this month’s issue) – circle around at a relative clip: “The Well”, “Our Anniversary”, “Keep Some Steady Friends Around”. Whenever I played “Javelin Unlanding”, I remembered the weird idea that Callahan had been influenced by Afrobeat from “Bloodflow”, on “Dongs Of Sevotion”.

More recently, the obvious musical jump-off point for “Dream River” is “Universal Applicant” on his last set, “Apocalypse”; the band is more or less the same as that album, and the “Astral Weeks”-style flute keeps darting to the fore, amidst the pattering hand percussion. If “Apocalypse” was predominantly American landscape music, though – rugged, twanging, earthed – “Dream River” is airier, more evanescent. The geographical metaphors still proliferate, and one suspects Callahan will continue to find new poetic uses for the concept of a river until he retires from the game.

But this time, the familiar eagle allusions are expanded into a suite of songs alluding to flight: “Javelin Unlanding”, “Ride My Arrow”, “Seagull”, the exceptional “Small Plane”; metaphors which can harbour a phallic dimension, too. It is one of the myriad complexities of Callahan’s work that, while his stories have so frequently been seen as melancholic and introverted, few of his peers have written about sex with such cool vigour. “Spring” – also notable for some superb guitar work by Matt Kinsey – is a reiteration and droll subversion of sap rising, in which the nature metaphors gradually give way to a direct imperative from the narrator: “All I wanna do is make love to you/ In the fertile dirt/ With a careless mind.”

The cruelty and hurt that have underpinned some of Callahan’s previous explorations of this area are much less prominent, and there’s a sense that his protagonists have found a calmer understanding of their worlds in midlife. “Small Plane” is one of those slow meditations at which Callahan has always excelled, now exhibiting a zen-like critical distance as he flies above the action rather than being dragged into it. “I really am a lucky man,” he decides, and there’s a warmth and tenderness to his baritone, as if it accrues emotional depth as he gets older and more experienced – notwithstanding the fact that he sounded preternaturally old and experienced two decades ago.

Even bearing in mind Callahan’s determinedly anti-autoiographical perspective on his own songs, Jaan parses all this – and the presence of two bikes in his hallway – as indication that Callahan is in love. “I think you have somebody to live for,” she tells him.

Some hours later, Callahan, uncharacteristically admits as much. “OK, yeah, I’m in a good relationship. I just try to keep my personal life out of things. The songs should just stand on their own.”

And of course, like all the best songs, they do. Callahan is one of those musicians who encourages obsession and, maybe like a very different character, Mark Kozelek, I’ve written plenty about him in the past. I just searched for a few recent-ish pieces if you want to dig further…

A review of Sometimes I Wish We Were An Eagle

A review of Apocalypse

A review of Rough Travel For A Rare Thing

An email interview with Bill Callahan circa Sometimes I Wish…

A review of Woke On A Whaleheart