Our albums of the year revealed! 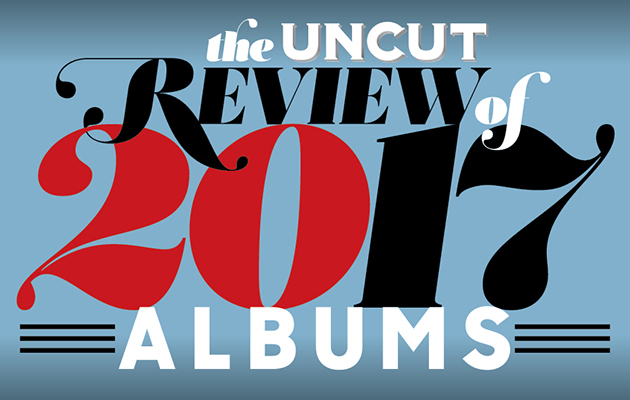 10
HURRAY FOR THE RIFF RAFF
The Navigator
ATO
If Alynda Segarra had spent much of her adult life on the run, first as a train-hopping hobo and then as a righteous folk singer in New Orleans, her sixth HFTRR album represented a return to her roots; amidst the Puerto Rican community in New York. Traces of Dylan and The Band still remained, joined now by echoes of Latin music, Patti Smith and (on the showstopping “Pa’lante”) Nina Simone, but the identity behind The Navigator’s politically-charged, vividly-realised song cycle was proudly that of Segarra; a singular talent, finally being given a platform.

9
ST VINCENT
Masseduction
LOMA VISTA/CAROLINE
It’s testimony to her singleminded vision that Annie Clark’s journey, from indie guitar shredder on the Polyphonic Spree/Sufjan scene to international artpop superstar, has seemed so logical. Her fifth album was a full-force sensory assault, a seemingly arch fantasia of high-concept sound that positioned her as this decade’s most plausible new Bowie. Just beneath the brilliant surface, though, was Clark’s most personal work; a reflection on lost love that gave an already multi-dimensional work even greater layers of import and meaning.

8
COURTNEY BARNETT & KURT VILE
Lotta Sea Lice
MATADOR
A season or two of bumping into each other at festivals resulted in 2017’s most serendipitous hook-up, as two deceptively lackadaisical talents colluded on new songs, old ones and a few artfully chosen covers (Belly’s “Untogether”; the superb “Fear Is Like A Forest” by Jen Cloher, Barnett’s partner). As with much of their individual work, Vile’s especially, a project that seemed slight was actually warm, innovative and immensely satisfying; as if a friendly woodshedding session accidentally turned out a modern classic.

7
THE NATIONAL
Sleep Well Beast
4AD
Encroaching middle-age suited Matt Berninger and his cohorts in The National, as their lugubrious elegance reached a new high point on this seventh studio album. Myriad side-projects and a general move from New York did not, as with Grizzly Bear, diminish the intuitive crafting of these songs. But it was Berninger’s narrative of a marriage in quiet crisis that caught the attention; not least because the lyrics were co-written with his wife, Carin Besser.

6
RICHARD DAWSON
Peasant
WEIRD WORLD/DOMINO
Newcastle-On-Tyne’s Dawson is a genuine maverick; an avant-garde denizen, schooled in Captain Beefheart and Nusrat Fateh Ali Khan, who now makes highly individual but communally rousing folk music, of a kind. Peasant was his best and most accessible album yet – remarkable, perhaps, given it being a study of various medieval archetypes and myths; Herald”, “Ogre”, “Prostitute” etc. A magic realist bard essaying his own, surreal Canterbury Tales.

5
JOAN SHELLEY
Joan Shelley
NO QUARTER
Jeff Tweedy released his own spare, acoustic set in 2017 (Together At Last), but it was another one that he produced in Wilco’s Chicago Loft that became one of the year’s best. Shelley, from Louisville, was blessed with a voice of clarity and emotional maturity (think Linda Thompson), fine guitar skills, an adept sparring partner (Nathan Salsburg, also on acoustic) and a songwriting style that was graceful, unfussy and profoundly moving. Her fourth, and best, album.

4
THE WEATHER STATION
The Weather Station
PARADISE OF BACHELORS
Not unlike Joan Shelley, Toronto’s Tamara Lindeman deftly moved her career as The Weather Station into a new phase this year, with an emphatically self-titled fourth album (Nathan Salsburg contributed again, fleetingly). Lindeman, though, artfully transcended her folk background, rocking out a little without ever losing intimacy and focus, or detracting from the precision and valence of the exceptional poetry with which she stocked her songs.

3
KENDRICK LAMAR
DAMN
TOP DAWG
After the jazz-inflected sprawl that was 2015’s To Pimp A Butterfly, Lamar’s follow-up enlisted a raft of mainstream heavy-hitters (producer Mike WiLL Made-It, Rihanna, even U2) for a seemingly more pop-friendly, streamlined set. As ever, though, Lamar’s complexity defied easy narratives, so that DAMN’s meditations on fame, faith and all points in between were more often introverted and dappled with amniotic FX than obvious anthems. (“HUMBLE.” a rousing exception). A rapper at his peak, blessed with a flow, nuance and unostentatious authority that currently feels unparalleled.

2
THE WAR ON DRUGS
A Deeper Understanding
ATLANTIC An agonisingly close call for Adam Granduciel, who just missed becoming the third artist (after Dylan and The Flaming Lips) to score two Uncut Albums Of The Year. Granduciel and co’s sequel to Lost In The Dream further refined their formula, meticulously layering the motorik rhythms, antique synths and imperishable signifiers of heartland rock into a hugely rewarding whole. Granduciel gave the impression that he had almost worried his major label to death; A Deeper Understanding made explicit how all the effort was, in the end, entirely worthwhile.

1
LCD SOUNDSYSTEM
American Dream
DFA/COLUMBIA
When LCD Soundsystem’s second album, Sound Of Silver, was anointed as Uncut Album Of The Year a decade ago, the accompanying citation concluded, “An essential record for anyone with a great record collection, a faintly messy past, and a desire to grow old, if not quite gracefully, then at least with the strength to laugh at their own flaws.” Ten years on, and ten years older, much of this still seems salient to James Murphy and his remarkable band. But in the interim, LCD Soundsystem became mainstream stars, ostentatiously retired at Madison Square Garden, and then reformed – many thought cynically – for a lucrative summer or two on the festival circuit. Another masterpiece was not widely assumed to be on the cards.
American Dream, though, turned out to be precisely that. It found Murphy fully invested with the business of being middle-aged, even witness to the deaths of heroes who became associates; Bowie, who tapped Murphy to produce Black Star, was memorialised on the closing “Black Screen”. “We’re hitting a very difficult age for the people that invented the music that means the most to me,” Murphy told Uncut. “And they’re not being replaced.”  There was still humour on American Dream, and a reluctance to give up the partying – and the snarking (cf “Tonite”, “Emotional Haircut”, “Other Voices”). But it was also a denser, heavier album: haunted by mortality; augmenting the usual shameless nods to Bowie and Talking Heads with gothic allusions to The Cure and Joy Division. There was, too, retribution, in the shape of a staggering and vicious exorcism of an old friendship, “How Do You Sleep?”
And above it all, it felt as if LCD Soundsystem were asserting themselves self-confidently as an authentically great band, one whose mastery of the rock and dance canon meant that they weren’t just studying their heroes, they were also learning from their own early albums. “The old guys are frightened and frightening to behold,” Murphy declaimed in “Call The Police”. In 2017, in many ways, it seemed as if they had the last laugh.