The Beatles, the Maharishi and The Lord Of The Rings

The Fab Frodo and friends... 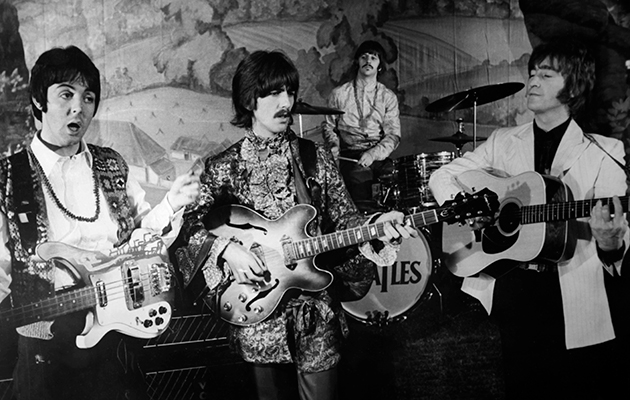 The news, earlier this week, that Peter Jackson was to direct a new documentary from Let It Be footage brings full circle one of the weirder footnotes in The Beatles’ career. In 1968, while The Beatles visited Rishikesh in northern India, Denis O’Dell – the head of Apple Films – was in the process of renegotiate The Beatles’ film contracts. Among the ideas discussed for a new Fabs’ film was… Tolkein’s epic. Here’s O’Dell, from an interview I conducted with him a couple of years ago to tell all…

“They were out in India. I declined to go. I got a telegram one day. Paul again. ‘Denis, come out right away.’ So I went out there. Before, while they were there, I’d had meetings in New York with David Picker, who was head of UA at the time. I was going there to renegotiate The Beatles contracts in the event they did a film. That was great but the weakness was, they didn’t have a film. Everything you suggested, you couldn’t get agreement. I was going up in the elevator to David’s office and I thought, ‘Christ. The Tolkein. Four little people, with Donovan as well.’ I said to David Picker, ‘Can I get ten minutes to make a few phone calls.’ I rang a good friend of mine, a lawyer, Jack Schwartzman, in Los Angeles. I said, ‘Jack, can you buy the rights to the Tolkein for Apple?’ Silence. I said, ‘What’s up?’

He said, ‘They’ve already been sold, Denis. I did the legal work. I can’t tell you who I sold them to.’ They must have arranged by a financier so I said, ‘Was it Fox? Was it this, that?’ We got back to UA. I’m sitting in their office. I said to David, I’ve got to put up their salaries. They want $1m each.’ They’d only been paid about £50,000 for A Hard Day’s Night. He looked at me as if I was mad. I said, ‘You did it for Elizabeth Taylor and Richard Burton. They’re just as big.’ He said, ‘Well, what’s the film?’ I said, ‘The Tolkein.’ He said, ‘We own that!’ So I said, ‘If we do this, I can guarantee John Lennon and Paul McCartney will write the music to cover the cost of the film.’ He came back and said, ‘You’re the only producer in England I’d give this to. I’ll give you the rights for a year providing you can get a star director.’ I called David Lean, he didn’t want to do it. I called Stanley Kubrick, he said it was ‘unfilmable’. I’d taken the three books to India with me. Donovan was there. He said, ‘Christ, that’s a great idea. I’ve read them.‘ Anyway, Donovan influenced The Beatles to read them – they never read anything. They all agreed it’d be wonderful, but like anything else, after a little while, they lost interest.