“The Beach Boys are trying to destroy me!”

An extraordinary interview with Brian Wilson 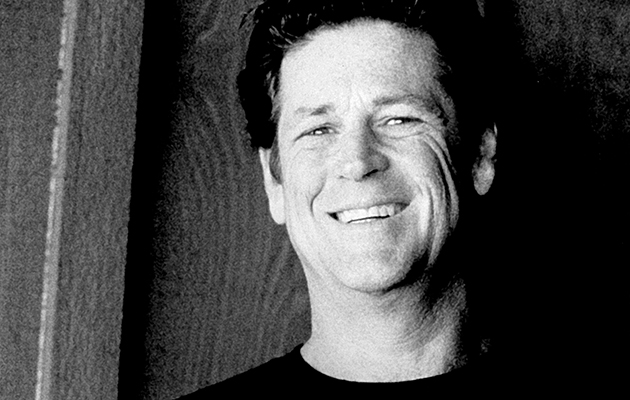 Today (June 20) is Brian Wilson’s birthday, so it seemed like a good time to post this piece I did with him (and Van Dyke Parks and Andy Paley) back in 1995. Wilson has a latterday reputation as not the most rewarding of interviewees, but I’m pretty sure this is the most revealing piece I’ve ever been fortunate enough to write – he tells me which Beach Boys he could beat up, offers me $100 to get his songs on the radio, and reveals his secret: “If you abstain from having an orgasm for 10 years, you create a void in your brain!”

Quick plug before we start: the feature originally appeared in Vox, at the time a monthly sister publication to NME (I wrote the piece for NME, but it turned out so long we parked it in Vox instead). I exhumed it a few months ago for Uncut’s Ultimate Music Guide to The Beach Boys, which you can buy from our online shop. Thanks!

Nowadays there is shagpile, not sand, beneath the piano legs. Business is conducted at the kitchen table, not in a tent. There are no addled, faux-mystical frauds hanging around, no lysergically charged leeches scuttling round his bed, no star-dazzled psychologists by his shoulder, no heavy-duty minders, no craven and insensitive businessmen picking at that royally fried flesh. No. Life for Brian Wilson is contented; as contented, perhaps, as it has ever been.

Some things, though, are the same. The voices still invade his head from time to time, even if the new medication is teaching them some discipline. The Beach Boys, naturally, are still “fucking assholes”. And the music? Well, that’s hardly changed, either, still retaining that astonishing beauty, that spirituality, that otherworldly naivete which was once, mistakenly, seen as something this remarkable man would grow out of.

“Little surfer, little on, made my heart come all undone/Do you love me, do you surfer girl?”

He’s singing now, sitting at the piano, hammering out a song he wrote some 33 years ago; its innocent sentiments would make most 53-year-old men shy away from it, ashamed. The voice is a little coarser, but there’s still an amazing depth of feeling invested in every last resonating syllable; an adolescent lust transfigured by a yearning, a high melancholy and a profound sense of uncertainty at what the future will hold; and sunny optimism underpinned with doubt, as ever, but now augmented by a powerful, reconciling faith…

The chorus ends, slides into a new bridge, written to comfort the singer in one of his regular emotional slumps. “God shines down his love and mercy/For those in need tonight,” he sings, with a passion and fervour almost strong enough to send the most defiant atheist spinning towards the nearest church. Beautiful? Damn near transcendental.

“If you put ‘Surfer Girl’ on the radio, I’ll give you 100 bucks,” says Brian Wilson, eyeing the tape recorder that’s been whirring round all along. He laughs. “I was feeling a little blue because I thought maybe life had deserted me, so I wrote a fairly sorrowful song. You know, maybe we’ll record it, but I think ‘God shines down his love and mercy for those in need tonight’ is a little personal, a little heavy. I’d rather do something that was similar to ‘Surfer Girl’, but not quite that heavy. Because first of all the punk rockers, the young people, will say: ‘Fuck The Beach Boys, they’re into a prissy little trip like ‘Surfer Girl’… how about some rock’n’roll? It’s all fucked up, it’s all screwed, deranged and hit to hell. Nobody can tell what’s happening.”

This is Brian Wilson in the summer of 1995. Newly wed, fat again and – after more than three decades of severe mental illness, shocking maltreatment and gross indulgence – in odd, stressed but relatively good shape. For the first time in seven years, there are new records to promote: understated, slick reworkings of old classics on I Just Wasn’t Made For These Times and a vocals-only job on Orange Crate Art, his most famous, fated collaborator Van Dyke Parks’ new homage to California. The pressure’s on and, for a man who has spent nearly 30 years in emotional suspension, that can be hard to deal with.

Much of that time has been a nightmare, a succession of soul-squashing depressions punctuated by brutally unsuitable therapy and endless, acrimonious litigation. Sometimes, though, when he speaks, it’s as if none of it has happened. It’s as if we’re back in the Los Angeles of the mid-‘60s, talking to a man preoccupied with Phil Spector, The Beatles and his own enormous, mind-blowing music. It is, perhaps, one of the ways he deals with things. And another?

“I’ve got my secret here. I don’t tell anybody my secret,” confides Brian, still sitting by his piano. “I have a secret… I’ll tell you anyway: I don’t have any sex, OK? The secret is abstaining from orgasm. An Einsteinian formula that if you abstain from having an orgasm for, say, 10 years, you create a void in your brain. In other words, if you don’t express and orgasm for 10 years, it’s a long time, right? Most people think two weeks without an orgasm’s a long time.

“And I did that, y’know? My dad told me in high school: ‘Son, now you’re gonna be going through a lot of hell as you grow up, and the one thing you should never do is you should not have orgasms and masturbate and you should not fuck with girls.’ And I tried it out. I’d been jacking off all summer, y’know? And toward the end of the summer, I’m going into my junior year in high school and my dad lays that on me. I go there and I try it out and I say: ‘What the fuck is this shit? Hey, wait a minute, man, I like <i>not coming<i> better than coming!’ And I kept going that way for a long, long time and finally I came to the conclusion that I’m gonna tell people my secret. But I just don’t want some chick to go: ‘Oh, that’s your secret? Well here, I’ll make you come’… Ain’t that a weird trip?”