Argo and the return of Ben Affleck

Ben Affleck. Who'd have thought..? I remember going to a sparsely attended screening of Jersey Girl, Kevin Smith's laugh-free 2004 romcom with Affleck cast alongside his then girlfriend, Jennifer Lopez, and wondering what had happened to derail such a promising career. 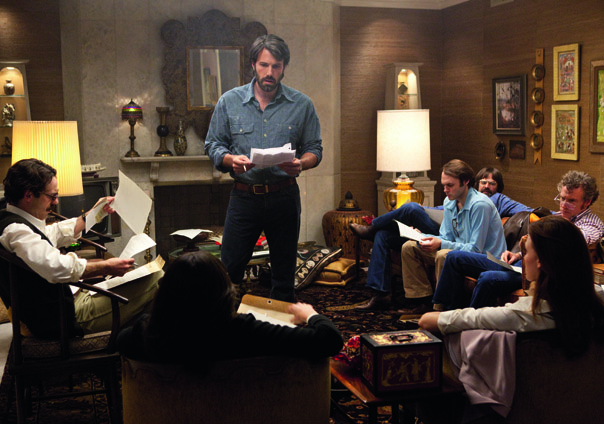 Ben Affleck. Who’d have thought..? I remember going to a sparsely attended screening of Jersey Girl, Kevin Smith’s laugh-free 2004 romcom with Affleck cast alongside his then girlfriend, Jennifer Lopez, and wondering what had happened to derail such a promising career.

Jersey Girl was the worst in a dismal run of movies that Affleck had starred in – misfires like The Sum Of All Fears and Daredevil or godless romcoms like Forces Of Nature and Bounce. Films that took Affleck further and further away from his breakthrough, in 1997’s Good Will Hunting.

Of course, while Affleck’s career drifted further into the dumps, you couldn’t help but wonder what he thought as his Good Will Hunting partner Matt Damon began to pile up impressive credits on his CV: Ocean’s 11, The Bourne Identity, Gerry… In 2005, I went to New York to interview Damon, who was then starring opposite George Clooney in Syriana, a fearless political thriller that ended up with a pair of Oscar nominations. While Damon was high on the hog, that same year, Affleck reprised his role as Matt Murdoch in Daredevil spin-off, Elektra. The scene was cut from the finished print.

So where did it start going right for Affleck again? There was good work in Hollywoodland, playing George Reeves, the star of the 1950s Superman TV series, who committed suicide. Hollywoodland is a good film – underrated, I think – and Affleck gave his best performance in years, perhaps seeing something of himself in Reeves: a charming man whose acting career has stalled.

But Affleck has stumbled across a more potent second act: as a director. His debut, 2007’s Gone Baby Gone, was a well-crafted thriller about an abducted child adapted from a novel by Dennis Lehane. The followed it up with The Town, a throwback to the hardboiled, character-driven thrillers from the 1970s. Both are great films. Although Hollywood is a notoriously unforgiving and cutthroat place, it seems true in Affleck’s case that sometimes you can get a second chance and pull it off.

Which brings up to Argo. Argo is the name of “a $20 million Star Wars rip-off”, a fake movie concocted by the CIA’s “exfiltration” expert, Tony Mendez (Affleck himself), as a cover to help six American diplomats escape from revolutionary Iran during the 1979 hostage crisis. Mendez, posing as Argo’s associate producer, will fly to Iran, issue false identities to the Americans, claim they are scouting locations for the movie, and then fly them out.

A true story, Affleck’s film shifts between sweaty political thriller and Hollywood satire; the kind of oddball period thriller favoured by producers George Clooney and Grant Heslov (best pals with Damon, Affleck’s now clearly muscling in for some love). The opening sequence of the American embassy under siege is shot in jittery hand-held close-up for extra ball-tightening tension; the Tinseltown duo of John Goodman’s Oscar-winning prosthetics guru and Alan Arkin’s producer, recruited by the CIA to launch the film, are hilarious, a kind of Mel Brooks/Zero Mostel double act. The facial hair is commendable: Affleck looks like the male lead in a Marilyn Chambers porno. Meanwhile, the actors playing the six diplomats all bear a slight resemblance to ‘real’ actors of the day – one looks a little like Meryl Streep, another like Diane Keaton, a third like Keith Carradine.

It’s the kind of film Clooney has been championing for years: a witty and suspenseful thriller, with a contemporary political subtext bubbling away beneath its handsome surface. The publicity machine is cranking up talk of an Oscar nomination for Affleck, which might prove to be more than just PR guff. But as a director, Affleck’s future finally seems assured, and the movies can only profit from his experience of failure as well as his determination to succeed.

Argo is in cinemas today