A bit of a misunderstanding with regard to this album from Hush Arbors and Arbouretum, “Aureola”, which at first looked to be a collaboration between two acts I’ve written a fair amount about over the years. 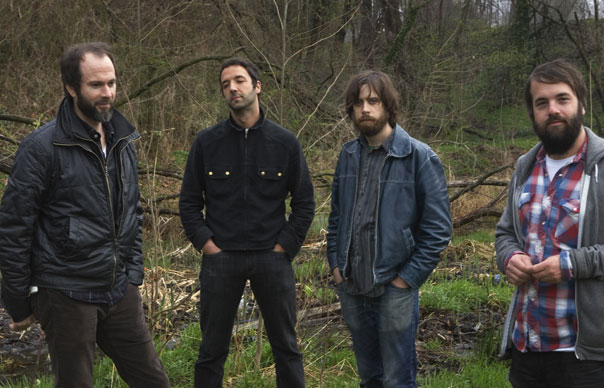 A bit of a misunderstanding with regard to this album from Hush Arbors and Arbouretum, “Aureola”, which at first looked to be a collaboration between two acts I’ve written a fair amount about over the years.

As it turns out, “Aureloa” ia, quaintly, a split album, with five songs from Hush Arbors (aka Keith Wood) and three longer ones on what must be the flipside from Arbouretum. Wood – last seen, I think, as part of Thurston Moore’s band – has been following a path between a fulsome, slightly fey kind of Byrds-rock and more abstract work for a few years, and his contributions here fall very much into the former category. Nice, rich, with my usual caveat that Wood’s voice can sound a bit thin when exposed. But very much worth listening to alongside his Ecstatic Peace albums “Hush Arbors” and “Yankee Reality”(follow the links to my old blogs on each, where I’ve possibly been more articulate and considered).

Some danger of repeating myself on the subject of Dave Heumann’s mighty Arbouretum, too (here’s a piece on “The Gathering”, their last album, with a lot of other links; and one on the Uncut show they played a year ago). Worth reiterating, though, that I can’t think of many contemporary rock bands that impress me as much as Arbouretum, or who execute a good idea – in this case, Anglo-style folk-rock played with unusual heft – so brilliantly.

All that is crystallised on their three “Aureola” tracks, which mostly follow a familiar pattern of churning bass and drums (halfway between Crazy Horse and Om, as discussed), with an ancient-sounding vocal melody and some frictional guitar activity to top it off. If anything, these songs – “St Anthony’s Fire” especially – move closer to the ritual abandon of Arbouretum’s live show, in that Heumann’s vocal (melodically closer to Steeleye Span than the usual touchstone of Fairport Convention, perhaps) seems stronger and looser, and his solos have even more exploratory zeal than ever.

Can never recommend this band enough: rather weird to link to a Myspace page in 2012, but there’s a bunch of stuff at the Arbouretum site if you’ve never heard them before. Please give them a go.