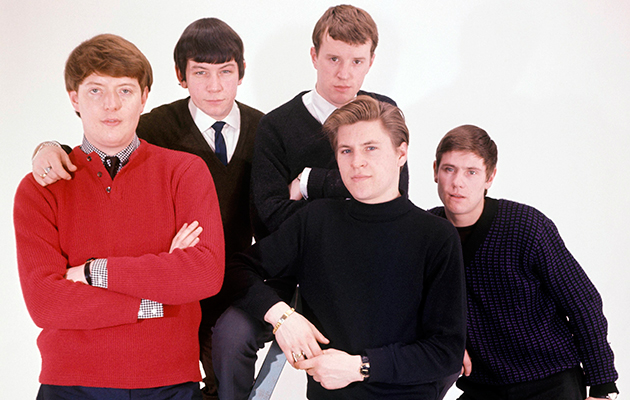 Last year during his keynote speech at SXSW, Bruce Springsteen announced that “We’ve Gotta Get Out Of This Place” was “every song I’ve ever written. All of them.”

Springsteen, who has been performing The Animals’ 1965 single for decades, most recently this summer in Cardiff with Eric Burdon, is far from alone in recognising himself in a powerful, protean anthem to personal transformation. This portrait of the tyranny of work, the lurking shadow of death and the desperate desire to escape to “a better life” has spoken to generations. Troops serving in Vietnam, both Gulf Wars and Afghanistan have found perennial solace in its message, as have bored teens, and any number of working class would-be pop stars from the provinces.

“That song was about us,” says Burdon. “We wanted to get out of Newcastle, then a year later it was London, and then it was New York. We were on a mission. But it also made sense to everybody, because things back then were changing so much.”

The song started life as a modest piece of escapist folk-pop, written by Brill Building husband-and-wife team Barry Mann and Cynthia Weil. Originally intended to launch Mann’s solo career, it was swiped by producer Mickie Most. He brought it to The Animals, who turned it into their second biggest hit.

The combination of Chas Chandler’s propulsive bass, Burdon’s blues wail, the tightly wound tension of the verse and explosive release of the chorus sounds as potent today as it did nearly half a century ago.

JOHN STEEL: We were looking for a new single. It was Mickie Most’s habit to go over to the States and raid the Brill Building, not just for The Animals but for Herman’s Hermits and people like that. The year before he’d brought over the first single we ever did, “Baby Let Me Take You Home”, which to us was just a new version of “Baby, Let Me Follow You Down” from the first Dylan album. It was a bit on the poppy side, but it did the trick. Mickie was very shrewd. He had a cracking judgement for a hit song.

HILTON VALENTINE: Mickie’s greatest input to The Animals was the material that he picked for us to record. The verbal deal we had with him was that he would pick the singles and we would have free rein on what went on the albums, although “The House Of The Rising Sun” came from us. The singles were usually presented to us only a couple of days before we went into the studio. Mickie came up with a few specimens from his latest visit. I can’t remember the others, but “…Place” stood out for us and we went with it.

ERIC BURDON: There were always songs coming back and forth to us. Sometimes we’d say, “No, that’s more like Herman Hermits.” Sometimes we’d wait too long and someone else would do it before us. With this one, I think we all knew right away it was right for us.

VALENTINE: The demo was pretty basic. I think it was just Barry Mann playing and singing the song on piano.

BURDON: The demo was that West Coast singer-songwriter thing. Barry was playing it alone, serenading. It was much more folky, but straight away it made sense.