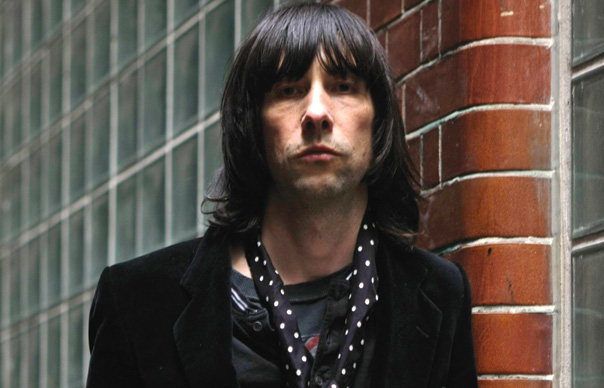 It’s true that all Gillespie wants to do is be part of a band he loves, playing what he often describes as “high energy rock’n’roll”. But, almost by default, he has himself become something of a celebrity lately, partly due to his lengthy friendship with Kate Moss, who also works occasionally with Gillespie’s wife, fashion stylist Katie England.
“I don’t think of myself as a celebrity,” he frowns. “I think I’m a rock’n’roll star.”

But all the tabloids ran pictures of your wedding…
“That’s because Kate Moss would have been at my wedding,” he shifts in his seat. “Really, you’d only be in those newspapers because they thought that if Kate Moss is going to be there, then there’s going to be A,B,C,D and E there. They’re not that interested in me.”

The national press, though, were certainly interested when they ran stories about your apparent objection to your local pub’s application for a late license.
“Do you know what? I never did [write to the council]. My wife was pregnant with our second son and wrote a letter saying, ‘I don’t mind it at the weekends but I don’t want it every day of the week’. And I think she signed my name on it, and sent it to the council. Then somehow The Independent got hold of it. Whoever they had DJing in there, that was fucking shite music, one night it was like really bad House and some guy trying to play along on bongos on top of it, you know… If they were playing rockabilly five days a week it would be fine with me, but…”

And what about the Uniqlo modelling assignment last November, where you and Katie appeared together in an ad for the Japanese clothing label?
“I get asked to do things like that all the time. And I always said no. Then that came in, through my wife, and we did it because they paid for it. Simple. It was a job. But I don’t think I’ll be doing it again. It’s like doing a remix for a band you don’t like for the money. Which I don’t do. It wasn’t that much anyway.”

So after 27 years of Primal Scream, what is there left to do?
“I want to write a great love song,” the 46 year-old father of two smiles warmly. “You know when you hear Gram and Emmylou singing ‘Love Hurts‘? The feeling in that: defeated and broken. I want to marry that with an ecstatic feeling, and if you get that sadness and ecstasy together in the same song, people are crying but they’re also wanting to put their hands in the air. One of these days…”