George Harrison, sacred mushrooms and “the universe”: an interview with Alejandro Jodorowsky

"I have no feeling of time," the director tells us 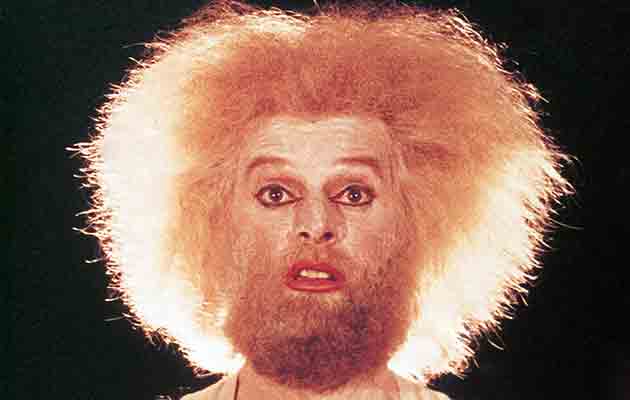 To coincide with the release this week on DVD of Alejandro Jodorowsky’s first film in 22 years, The Dance Of Reality, I thought I’d post the full transcript of the interview I conducted with the filmmaker for our April 2015 issue… We began by discussing the soundtrack for Jodorowsky’s 1973 film, The Holy Mountain, before the conversation turned to take in delicate negotiations with George Harrison, the transformative properties of psychoactive drugs and Jodorowsky’s views on immortality. Enjoy. 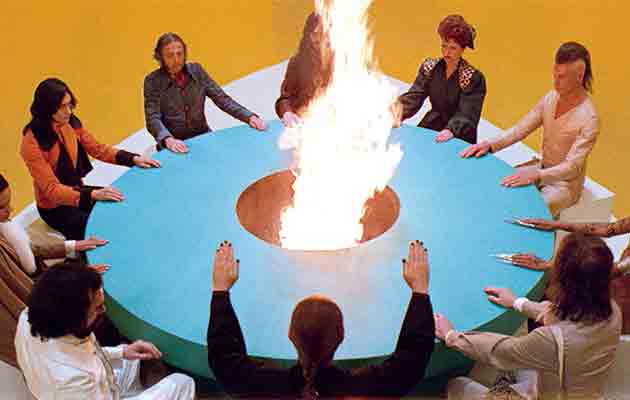 Are you pleased that the soundtrack for The Holy Mountain is finally coming out?
Yes. I had problems with the producer [Allen Klein] for thirty years. Later, with his son, we make peace and I remastered the picture, and the public can see it now. But the music in the picture is not the complete music we composed. On the record, you have all the music not in the picture. So I am very happy.

What was the problem with Allen Klein?
We have a little…. He wanted me to make a picture, so I escaped, I didn’t want to do it. Evidently, he hated me. And then we fought.

How did you first meet John Lennon?
[Hendrix producer] Alan Douglas had a little company. They had El Topo because no one wanted to buy it. He was a friend of John Lennon and Yoko Ono and said to them, ‘See the picture? If you like the picture, show your public the picture.’ And they did. Then they recommended Allen Klein buy El Topo, and he did it.

Wasn’t George Harrison meant to be in The Holy Mountain?
He was staying in the Plaza Hotel [in New York], in a big suite. He was dressed all in white. Very, very spiritual. He said, ‘I like the script, I want to do the picture. But there is one little part I cannot do.’ I said, ‘What little part?’ He said, ‘In a swimming pool, with a hippopotamus, I must clean my asshole in front of the camera. I don’t want to do that.’ I said to him, ‘I am very happy that you like my picture. But this moment is very important for the picture and you are the biggest star and if you show your anus it will be the most fantastic illustration of how humble your ego is.’ And then he said, ‘No, I can’t do it.’ So I said, ‘Well, I can’t work with you.’ I lost millions of dollars! I lost another picture!

What do you think are the abiding themes of The Holy Mountain?
The search of reality and to escape authorities. Everything you need to find to make you immortal and find a good life. That is the meaning. I think these are very strong themes today. But I was in advance 30 years, maybe 50!

How did Don Cherry become involved with the score?
I was searching for a spiritual musician of modern music. Allen Klein made me listen to a lot of musicians, and the only one who had the spiritual feeling was Don Cherry. I wanted to know him. I was not disappointed. He improvised the score. One day, he make music with 100 friends and they improvised. We worked very well. He was a jazz man. What is curious is he was married to this actress from northern Europe. His aim is to have a life only of things she found in the street. He had a broken trumpet. He played that very well at right angles.

You received spiritual training in Mexico while shooting The Holy Mountain.
There was a Zen master at the time whose name was Oscar Ichazo. He was a Bolivian master. He came to Mexico City. I paid $17,000 to him in order to learn how to be a guru. He fed me LSD. There was also María Sabina, a very old woman, the priestess of the sacred mushrooms. She had a vision that I would make a picture that would help the world realise the true value of our culture. She sent me mushrooms in a jar of honey. When I ate them, I became a lion. I went up to the roof and then I made a connection with every one of the stars.

Tell us about the influence of Gurdieff and the i-Ching on the film?
Gurdjieff is a great master who said every one of us is sleeping. Because we have an ego, and we are not really what we are. We need to be awakened. Oscar Ichazo at Arica training was a disciple of Gurdjieff. I myself like Gurdjieff, but also Aleister Crowley and the Tarot.

Do you regret not making Dune?
I don’t regret. Very soon, I will die because I am very old. It was not a failure because this picture influenced all the science fiction pictures that came later. You need to see Jodorowsky’s Dune.

What about Dance Of Reality?
I did it, I am happy! It is very difficult to make a picture that isn’t Hollywood shit. It’s about my life. Then I wrote a book about the Dance Of Reality.

What’s next?
The continuation of The Dance Of Reality. It is endless poetry. I will shoot this year.

How long have you lived in Paris?
I have no feeling of time. I have been living in Paris almost 100 lives. To me, there are a lot of Alejandro Jodorowskys who died. And then I am reborn. Everything is changing. You, me, the universe. Everything is changing. To be old doesn’t exist. Inside, I am the same. In order not to get old, I don’t see myself in the mirror. 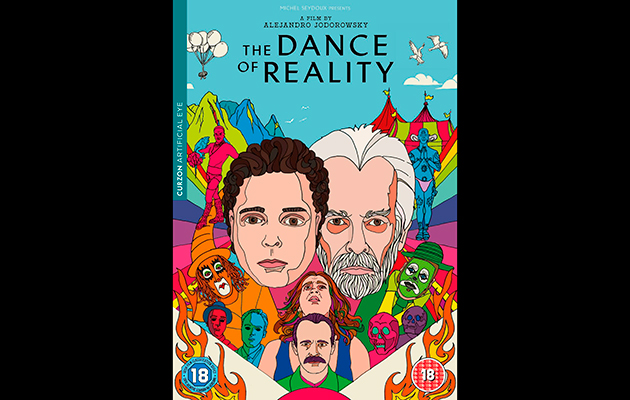