An Audience With… Sinéad O’Connor

In this piece from the Uncut archive (March 2013, Take 190), the outspoken Irish singer answers questions from fans and famous admirers, recalls her violent exchange with Prince, oils up for John Grant and tweets Pope Benedict about her excommunication… Interview: John Lewis 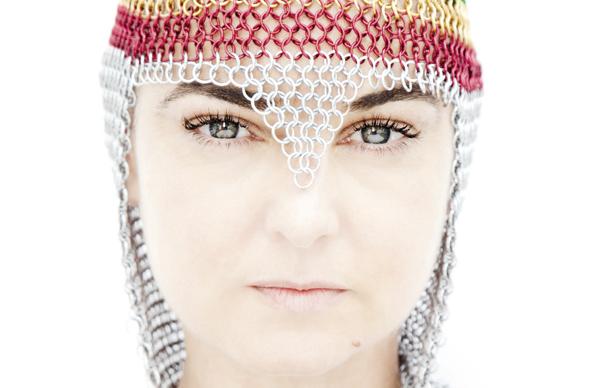 In this piece from the Uncut archive (March 2013, Take 190), the outspoken Irish singer answers questions from fans and famous admirers, recalls her violent exchange with Prince, oils up for John Grant and tweets Pope Benedict about her excommunication… Interview: John Lewis

“If there’s one thing I’ve learned over the last year, it’s to keep my love life to myself,” says Sinéad O’Connor. She’s referring to a surreal series of events just over a year ago, which culminated in a very public courtship and a marriage in Las Vegas to her fourth husband. “It started off with three articles I wrote [for the Irish Independent] about wanting to find a boyfriend,” she says. “They were funny, but the way they were reported made me sound like a mental case…”

After a “minor breakdown”, O’Connor is back touring with an “unplugged” band. She’s also given up Twitter (“lawyers and trolls are all over it, it’s not rock’n’roll anymore”), is taking guitar lessons (“I wanna play like Big Mama Thornton”) and still reading voraciously about theology. Over a long interview she’s refreshingly unguarded and hilariously coarse: a 7,000-word transcript includes 62 fucks, 38 shits and a dozen cunts.

You’ve always been effortlessly fucking cool, man. How do you manage that?
Liam Gallagher
Oh, that’s sweet. I’ve never seen myself as cool, but I’m flattered. Actually, Liam’s brother Noel once asked me to marry him, just before he married Meg Mathews. He won’t remember, as he was off his face at a festival in Amsterdam. I am so glad to hear from Liam because I, as a mammy, am not happy that him and his brother aren’t getting along well, and their poor mammy must be very upset. Tell Liam I love him and his brother and I’d like them to get on with each other. Do it for mammy’s sake, yer feckers!

More than two decades ago you raised the scandal of child abuse being covered up within the Catholic Church. It would appear you’ve now been vindicated. Has anyone apologised to you about this?
Peter, Uppsala, Sweden
Well, I’m the last person who needs an apology. There are thousands of victims who need apologies first. For the representatives of Jesus Christ to stand up and say lies in the presence of the Holy Spirit, lies about the rape of small boys and girls, is a blasphemy against the Holy Spirit, which is unforgiveable. I get sick of all these rock stars – like Bono – thanking God for their Grammys, but when there’s a pitched battle for the honour of God, there’s tumbleweed. Apparently, I’ve been excommunicated by the Catholic Church, but the only place you find this is in L’Osservatore Romano, their newspaper which no other fucker reads. I want my excommunication in the form of a certificate! I’ve been tweeting
Pope Benedict about this. Give me something to show my grandkids!

Why have protest songs dropped out of the repertoire for new acts?
Matt Elliott, Auckland, NZ
Part of it died with the murder of John Lennon. The conspiracy theorist in me thinks Lennon was shot as he showed how dangerous pop music could be. But, nowadays, I lay the blame with the likes of Louis Walsh, Simon Cowell and Cheryl Cole. All that lot need to be taken to court for crimes against music. You rarely hear people say: “I wanna be a musician.” It’s all, “I wanna be famous.” Because fuckers like Cowell are showing people how to worship fame and money. You don’t get famous on X Factor unless you’re a great cocksucker. And that means you don’t stick your head above the parapet and sing protest songs.

At the Dylan 30th anniversary tribute concert in 1992, you were booed offstage for making an anti-Vatican statement, and seemed quite shattered as you were led offstage by Kris Kristofferson. What happened backstage right after that?
Fred Wolno, Halifax, Nova Scotia
Half the audience were cheering, half were booing, which is a strange sound. I’m highly affected by sound, and it was making me want to vomit. So, when Kris helped me offstage, I was trying to suppress the urge to vomit over him… a bit of a headfuck. And I still remember dear old Booker T – who’s now a great friend – on the piano, getting ready to play the Dylan song. But my version involved whispering it, and the noise was too loud. So I just shouted the lyrics to Bob Marley’s “War” instead. Willie Nelson was waiting backstage. He’s a very funny character, who’d previously trained me how to transport weed across county lines! He’d also asked me to record a version of Peter Gabriel’s “Don’t Give Up” the next day. So when Kris led me offstage, Willie came up and whispered: “You’re still coming in the studio tomorrow, right?” Ha ha! And we went off and had a spliff.

If you could go back in time to see any artist perform, who would it be, where and when?
Justin Adams
Aw, Justin is the best guitarist I’ve ever shared a stage with! And, as he’ll understand, I’d like to go and see Chuck Berry perform a gig he did for the BBC in London in 1972. There’s footage on YouTube, and it’s the best gig I’ve ever seen. I thought, this guy is an absolute angel, I have to go and thank him. Actually, I tried to meet him recently, it was all arranged and he didn’t show up, ’cos the poor guy is kind of old and he forgot. But I got to give him a painting I made for him. He’s still playing gigs once a month in St Louis at the age of 87!

Just curious, if you’re really “Mrs John Grant”, how come you been whoring around with all them other slack-jawed troglodytes?
John Grant
Ha! I guested on John’s album and he asked how I’d like to be credited, and we decided on “Mrs John Grant”. Sadly, John is gay. If he wasn’t, I’d lap him up. I’ve tried to talk him out of being gay, but he’s not having it. John and I are the best of friends, and we are the male and female equivalent of each other, it’s the weirdest thing. An extraordinarily talented musician and songwriter, and genuinely like a brother to me. And he likes to be insulting to any man I’m whoring around with but, sadly, I have the wrong equipment for John. I’m here, John, I’m all oiled up and ready for you. I even look like a boy.

You took part in the 1991 production of The Wall in Berlin. What was Roger Waters like?
Alex Reardon, Risca, South Wales
I cannot bear Roger Waters, and I’ll tell you why. Hundreds of thousands of people spent a week’s wages, if not nearly a month’s, for what’s billed as a live show. The day before, they rehearsed all the lights and the explosions and pyrotechnics and all the wankdom you wouldn’t need if you had confidence in the music. They tell us that they’re recording the soundcheck, just so they can practise again later with the lights. So the next day, I go on stage to sing live – and this happened to a number of artists – and my mic is not working. And on comes a playback of yesterday’s recording. So I’m forced to stand there and mime. I don’t like lying to an audience so, as soon as I got offstage, I saw Roger and chased the cunt to beat the shit out of him. He was quite agile, as I remember.

What did you know of Prince’s music before you recorded “Nothing Compares 2 U” and did you ever meet him?
Simon Banwell, Berlin, Germany
I loved his music, but I had absolutely no idea or expectation that that single would be such a big hit, not at all. Did I ever meet Prince? I did and, again, we didn’t like each other. At all. Ha ha! I’m not going to go into it, but we detest each other, even more than me and Roger Waters. It got violent too, which is why I can’t go into it, but it is a very funny story. I’ll tell it when I’m an old lady and I write my book.

For someone who has been so critical of belief systems, what is the appeal of Rastafarianism?
Dan Ellis, Cambridge
I must correct you – it’s Rastafari, not Rastafarianism. It’s not a religion, it’s an anti-religious movement with no “isms”, one that believes in the presence of a living God. I’m a bit of a sponge regarding religion, I soak up the useful bits of everything, but Rastafari has helped focus me as a human being and as an artist. I also love the fact that they see music as a priesthood. There are a lot of myths about Rastafari. It’s not, in my experience, anti-female. Yes, there are silly beliefs. I laugh at the homophobic aspect of it. I confront Rastas when they’re being homophobic, but I also just laugh and point out how silly they are. There are silly beliefs within all cultures and organisations, but if we were to reject something because some aspects are laughable, then we’d reject everything, including ourselves. Parts of me are ridiculous, but I don’t reject myself!

What was Nellee Hooper like to work with?
Yannis, Foals
For some reason, which is totally unreasonable on both our halves, we just didn’t warm to each other. It’s often hard for two very shy people to bond, creatively. He’s a nice guy, and I felt bad about it. We weren’t left alone in the studio, just me and him, which I now realise is crucial for any creative partnership to work. We just did that one song – “Nothing Compares 2 U” – and never worked together again. I loved his stuff with Soul II Soul and Massive Attack and all that, and I would have liked to have done more stuff with him in that territory.

Have you read Anthony Kiedis’ Scar Tissue, and what’s your take on his chapter on you?
Brad Voegel, San Diego, California, USA
Ah, dear old Anthony from the Chili Peppers, or Walter Mitty as I call him. He claims there was some romance between us. Which is absolutely untrue. I hung out with the guy for a few weeks. He thinks he’s God’s gift to women, and I think he had it in his head that I fancied him, which I utterly didn’t. One day, Jake, my son, who was then about three, was very ill, and Anthony gave us a lift to hospital. Which was very kind of him. Then, inside the hospital, Anthony made a bit of a pass at me. I thought it a bit inappropriate to grope me given that I was distressed and upset about my son, and I did lose my fucking head at him. And, as for his claims that he kissed me, it must have been some other bald bitch, ’cos it certainly wasn’t me. I’d have to wash my mouth out A LOT if I did anything like that, for fuck’s sake!