The announcement came at the very end of last week that the novelist Alan Garner has written the third instalment of a story he began in 1960 with The Weirdstone Of Brisingamen. To anyone raised in the Seventies like me, the news might have prompted a sudden, sharp reconnection with their childhood; The Weirdstone, and its 1963 sequel The Moon Of Gomrath, were touchstones of my adolescent reading. 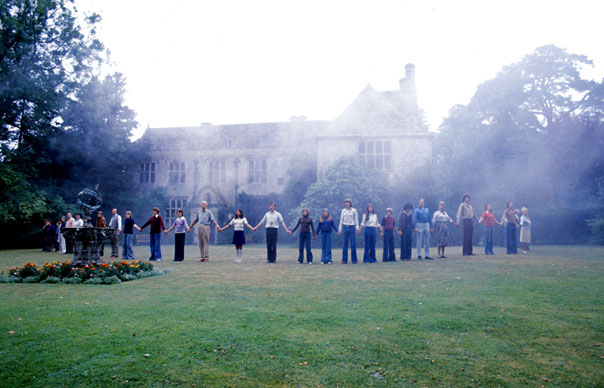 The announcement came at the very end of last week that the novelist Alan Garner has written the third instalment of a story he began in 1960 with The Weirdstone Of Brisingamen. To anyone raised in the Seventies like me, the news might have prompted a sudden, sharp reconnection with their childhood; The Weirdstone, and its 1963 sequel The Moon Of Gomrath, were touchstones of my adolescent reading.

Drawn from local legends, Garner’s two books follow the adventures of brother and sister Colin and Susan Whisterfield as they battle svarts, warlocks and shape shifting witches among the caves and crags of Alderley Edge in Cheshire. Along with The Owl Service, another of Garner’s books, the two Brisingamen books are part of a rich seam of literature, TV and film running through the 1960s and Seventies that tap into England’s folkloric history, what I guess we could call ‘folk-fi’. Interestingly, I picked this up with Rob Young at the end of last week, who tells me his next book is a kind of Electric Eden history of British television and film, provisionally titled The Magic Box. The Sixties and Seventies is a great period for this kind of stuff. Cinema audiences encountered the pagan horrors of Witchfinder General (1968), Blood On Satan’s Claw (1971) and The Wicker Man (1973), while television shows like The Stone Tape (1972), The Changes (1975), Children Of The Stones [pictured], King Of The Castle and Raven (all 1977) delved into Arthurian magic, gaia myths and the occult history of Britain.

Woody strands of folk-fi even insinuated themselves into more robustly science fiction shows. The 1971 Doctor Who story The Daemons found The Doctor’s arch foe, The Master, masquerading as the vicar of a sleepy rural village, summoning devilish forces from out of a Bronze Age burial mound; a 1978 serial, The Stones Of Blood, was set at a megalith site in Cornwall. Like the Brisingamen books, Susan Cooper’s series of novels known collectively as The Dark Is Rising also draw from the creation myths of Albion. At their most effective – and this seems especially true of Garner’s books – the settings were real places. The events in Brisingamen and Gomrath take place at Stormy Point, Castle Rock and The Wizard pub, all still there to this day (though The Wizard appears to have been upgraded to a gastro pub, whose website advertises “solid, hearty dishes with a contemporary twist”).

Rummaging through the barrows and hedgerows of England’s ancient fables during that specific period of the Sixties and Seventies might be seen to be a direct reaction to the sci-fi and gadgetry of the Gerry Anderson shows, Doctor Who or The Tomorrow People, series that looked outwards and to the future for their inspiration. The shows like Children Of The Stones took their power instead from peering inwards at the myths and pre-history of Britain. But perhaps they were also reflective of wider cultural concerns: the old pagan spirit embraced by the radical folk musicians of the Sixties and Seventies, or the enchanted Avalon that the psychedelic movement searched for as far afield as Glastonbury and Strawberry Fields.

I don’t want to bang on too much about this, as I’m sure Rob will do a far more thorough and authoritative job exploring much of this material in The Magic Box. I would finish, though, with the news that Garner’s book, due in autumn, is called Boneland, according to his publisher HarperCollins. The author, who’s 78, picks up the story in the present day, where Colin, now a professor of astrophysics, remembers nothing of his life before he was 13. It’s an intriguing idea, certainly, and hopefully its publication will draw a new generation of readers to the Brisingamen books. One thing that has been pinging away in the back of my head is – how fortunate it is no one’s tried to make a film of these books. I remember the dire movie adaption of The Dark Is Rising a few years ago, and I just hope they don’t make the mistake of trying to film Garner’s books now. Now, a Sunday afternoon series on the BBC would just about do it, though…