A Most Wanted Man and God’s Pocket: some thoughts on Philip Seymour Hoffman’s final films

The last major works by one of Hollywood's greatest modern actors. 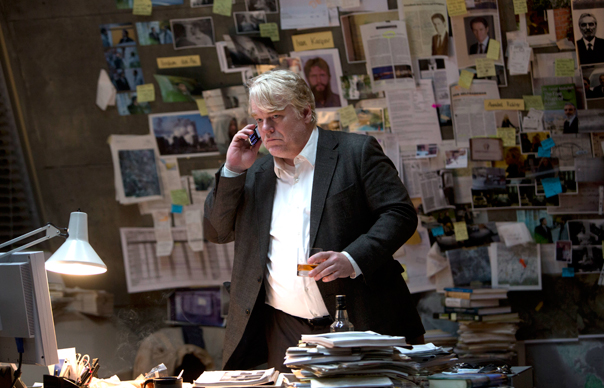 The last major works by one of Hollywood’s greatest modern actors.

It’s been a good year for spies. The BBC have given two further outings to Bill Nighy’s elegantly crumpled Johnny Worricker as well as the gnomic utterances of Stephen Rea and his fellow spooks in A Honourable Woman. A Most Wanted Man, however, comes laced with an extra level of pathos: it is the last leading role Philip Seymour Hoffman filmed before his death in February this year (although there are two further Hunger Games instalments still to come). A Most Wanted Man brings together Hoffman with a strong supporting cast including Willem Dafoe, Robin Penn, Rachel McAdams and Daniel Brühl. The source material, too, is robust: it’s based on a 2008 novel by John Le Carré about the densely-layered counterespionage business in present day Hamburg.

Incidentally, A Most Wanted Man arrives on the heels of God’s Pocket, which you might still find in a few cinemas. As with A Most Wanted Man, it’s also based on an early novel, this one by Pete Dexter, whose credits include Paris Trout, Mulholland Falls and The Paperboy. On the strength of this adaptation, it feels like a minor work for Dexter, though debuting director John Slattery (Mad Men’s Roger Sterling) has certainly assembled a staunch cast of actorly actors: aside from Hoffman, there’s John Turturro, Richard Jenkins, Christina Hendricks and Eddie Marsan, who portray denizens in a scuffed working class neighbourhood of South Philadelphia. Hoffman plays a thieving meat supplier who has to arrange the funeral of his despicable stepson after the boy is killed at a construction site. Slattery aims for scudded naturalism – a cinematic approximation of a Bruce Springsteen song – though it never quite hangs together successfully. I’m reminded of Out Of The Furnace from earlier this year: another high-calibre ensemble cast engaged in a story about blue collar crime that also failed to ignite. It’s worth watching for the performances – which is pretty much the case of A Most Wanted Man as well.

In this le Carré adaptation, Hoffman plays Günther Bachmann, a German intelligence officer investigating the trail left by an escaped Turkish prisoner – a devout Muslim – who has arrived in the city to claim his late father’s inheritance from a German bank for purposes unknown. Bachmann is a post-9/11 iteration of George Smiley, an inscrutable long-game player. Unlike the composed Smiley, however, Bachmann is a dishevelled figure who smokes and drinks heavily. Hoffman’s work could be extremely variable: he was prone to ham, especially in films like Paul Thomas Anderson’s The Master. But he’s good here, certainly, mostly because Hoffman responds to the overwhelmingly downbeat atmosphere of Le Carré’s material and dials down his performance accordingly. Of course, Le Carré has a successful track record on film – memorably, The Spy Who Came In From The Cold, The Constant Gardener and most recently, Tinker, Tailor, Soldier, Spy. All of these have understandably had to work hard to pare back Le Carré’s dense, labyrinthine plots; largely with great success.

But here, for all it’s acting merits, A Most Wanted Man is a rather shapeless film. Much of the responsibility for that lies with Anton Corbijn. Cobijn is consummate stylist, as Control and The American proved (although, admittedly, for the former he was basically drawing on his own pre-established photographic template). While he is strong on mood – the colour palette is steely blue and muted gold – but he still has much to learn about pacing and marshalling narrative. For all its rich storyline and high level acting, A Most Wanted Man is a bit boring.

A Most Wanted Man opens in UK cinemas on September 12