21 tracks and albums fresh off the Uncut stereo 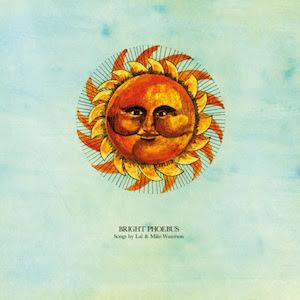 I was thinking the other day what a good year 2017 was shaping up to be for archive releases, based mostly on my hammering of the Alice Coltrane ashram tapes and the Grateful Dead’s Cornell ’77 set. That idea got a big boost yesterday, though, with the arrival of a remastered, expanded edition of Lal & Mike Waterson’s Bright Phoebus; a British folk-rock album, lost in copyright hell forever, that has very personal resonances for me.

A pleasure, then, to include the cleaned-up “Bright Phoebus” itself in this week’s playlist, along with a bunch of other and newer treats. Noteworthy: David Nance’s terrific no-wave freakout, “Negative Boogie”; the Elkhorn album (one for, crudely, your American Primitive collection); exceptional new tracks from the Floating Points and CRB albums; the Bedouine song, which is growing on me; and some new footage of the mighty Wet Tuna mid-jam the other night.

Swift caveat I haven’t added in a while: since this is a list of all the music I’ve played these past few days, inclusion doesn’t automatically mean approval (ie without making a fuss or focusing on the negative, there are one or two things here I don’t like at all). Let me know, anyhow, what you’re listening to: someone hassled me on Twitter this morning that it was time to put together a 2017 halftime report, and I’ll try and do that next week when this issue’s out the door.

15 The War On Drugs – Thinking Of A Place (Atlantic)

21 Binker And Moses – Journey To The Mountain Of Forever (Gearbox)