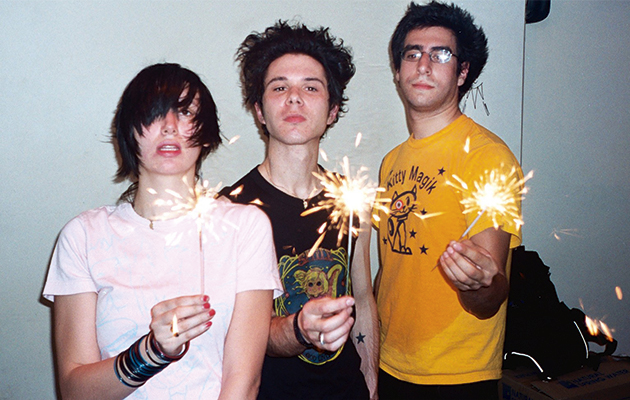 Yeah Yeah Yeahs must have felt like seasoned veterans by the time they released their full-length debut in April 2003. Karen O(rzolek) had refined an outrageous and unpredictable stage presence on stages around the boroughs, while guitarist Nick Zinner and drummer Brian Chase teased more sound out o their two instruments than most bands get out of a full orchestra. On the strength of word-of-mouth live shows and a skuzzy-sounding EP that out to be released but never remastered, they graced the covers of major music magazines, signed a flashy record deal, and then suffered a backlash—all before they had a proper album to their name.

Nearly fifteen years later, when the dust has settled and the era has been oral-history’ed in Lizzy Goodman’s Meet Me in the Bathroom, Yeah Yeah Yeahs’ gritty, grimy, mischievous full-length debut can be heard without the stigma of scene politics. These songs aren’t just about New York City. They are of New York City: cobbled together from debris picked out of gutters and vacant lots, pieced together on street corners and in back alleys, held together by the ceaseless thrum of the city, the hot sick smell of the subway, the grime that settles on your skin. Each tune is its own glorious mess, with Zinner riffing like Jimmy Page, Chase playing like three whole rhythm sections, and Karen O contorting her vocals into wild, weird shapes.

Few acts associated with that New York scene managed to sound quite so spontaneous as Yeah Yeah Yeahs, but this massive new reissue shows just how much thought and care went into sounding so off the glittery cuff. These lo-fi demos pull the curtain back on the trio’s creative process, and perhaps the biggest surprise is hearing Karen O write out her vocals the way she writes out her lyrics. On rough home recordings of “Date With The Night” and “Black Tongue”, she maps out every shriek and squeal, every grunt and groan.

Compared to the controlled chaos of those songs, the album’s finale sounds all the more surprising in its tenderness and candor, as Karen O sings love songs to the city as though it were a flesh-and-blood lover. “I wish I could buy back the woman you stole,” she declares on “Y Control,” yet she remains in thrall to its not quite benign energy: “Wait… they don’t love you like I love you”. That simple declaration from “Maps” effectively recontextualizes every riff, every rhythm, and every screech that came before. In 2017 Fever to Tell remains as visceral, as exciting, as confounding as ever.

Bonus: 17 demos, b-sides, and outtakes, most never released, plus a documentary chronicling the band’s history, an iron-on patch, and other goodies, all wrapped up in red fishnet