The whole wide world, captured via the lo-fi blues... 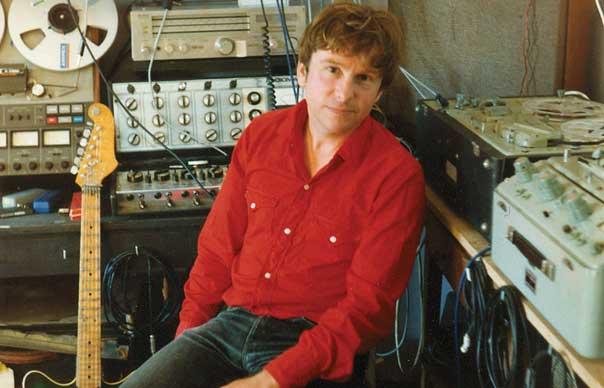 The whole wide world, captured via the lo-fi blues…

He wasn’t as career-savvy as Elvis Costello, or as prolific as Nick Lowe, but on the (admittedly slim) body of evidence, Eric Goulden, aka Wreckless Eric, was the pop heart of Stiff Records back in the early ’80s. Not that he’s particularly bothered by the way things panned out: “Obviously Nick, and Elvis particularly have had the kind of huge commercial success that some say has eluded me. But I think that’s the wrong way to look at it – if there was any eluding being done it was me that was doing it – I was eluding commercial success.”

By the time of 1989’s Le Beat Group Electrique, then, Goulden was definitely on the path lesser travelled: he’d stopped singing from his bedroom out to the world, and instead, now sang about the world of his bedroom. This meant a clutch of swooning love songs, coupled with studies that dissect sex with an almost forensic eye, and reflections on recent personal turbulence: “The songs were pretty much reflections on the aftermath of a nervous breakdown, me rebuilding my life. Falling in and out of love, going crazy, seeking retribution.” Le Beat Group Electrique was recorded on four-track, extending the rough-as-guts quality of its preceding Len Bright Combo albums into even more personal territory.

Albums like Electrique and its wilder, rougher follow-up, The Donovan Of Trash are Goulden at both his best and most direct; with none of the obfuscation of studio recording that occasionally blighted his early records for Stiff, the lo-fi sensibility of these records paradoxically sharpens the tongue of his songs. Indeed, The Donovan Of Trash feels like a particularly smart self-acknowledgement on Goulden’s part. We can thank a gig from 1991 for his assumption of the mantle: “It was a great show, complete mayhem, tenderness, poetry, brutality in equal parts – the guitar was almost vibrating itself to pieces, and in between frenetic bursts of electric harmonica, I found myself shouting: “I AM… THE DONOVAN OF TRASH!” And I thought, ‘Hey, that’s a good album title!’”
Jon Dale