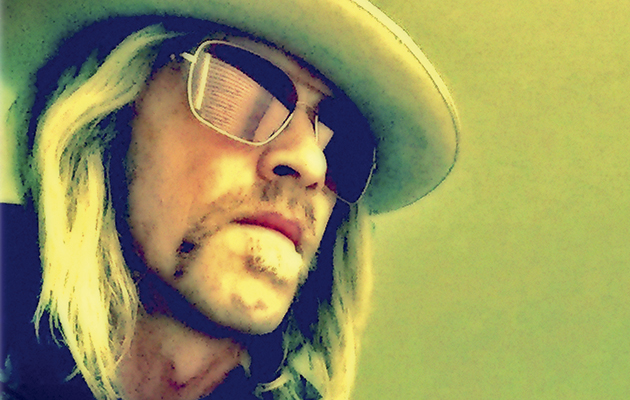 You won’t find a huge difference in tone between the past and present lives of David Eugene Edwards. When he wound up 16 Horsepower in 2005, after four studio albums of feverish force, Wovenhand were already a going concern, a nebulous outlet for his recurring themes of faith, conflict and salvation. The same gothic pall shrouded both bands’ music, a union of post-punk, leftfield country and galloping blues, Edwards dispensing lyrics with a restrained fervour in keeping with his status as grandson of a Nazarene preacher from Colorado.

Fifteen years in, Wovenhand still sound blazingly alive. What began as a solo side-project has gradually coalesced into a five-piece band of apocalyptic power, armed with a withering intensity to rival that of Swans or Nick Cave’s Bad Seeds. Indeed, the Michael Gira comparisons are very apt on Star Treatment, an album that, for all its crushing heaviness, is ultimately dominated by Edwards’ voice. “The Hired Hand” finds him presiding over the sort of deep mariachi twang that recalls The Cramps or Jeffrey Lee Pierce, his words burning with Biblical authority: “He commands the grave and sea/Give up your dead/O give up your dead”. Old Testament imagery abounds, from the Samson reference in the thumping “Come Brave” to the allusions to Laban and Jacob in “Crystal Palace”.

Edwards says that his songs are often conversations with himself. Here they seem to be free associations rather than straight narratives, an index of thoughts and impressions that look to the stars in an attempt to decode the deeper mysteries of his own Christian beliefs. This tension finds a mirror in Wovenhand’s more experimental pieces, such as the unsettling “Swaying Reed”, or “The Quiver”, which gradually builds into a tempest, Edwards summoning something that feels ancient and fearful over doomy chords and a churning rhythm. Like Star Treatment itself, it’s a punishing and rewarding experience.