Tally-ho! From the Lake District, it’s this year’s new Smiths 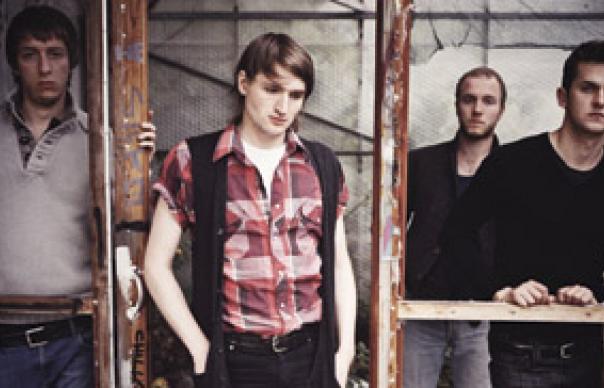 While the charts aren’t necessarily the best measure of these things, a quick look at the Top 75 singles of June 28 suggests this is not an auspicious time for indie-rock. The zombie invasion of Michael Jackson MP3s make it a strange chart, of course. But still, only seven tracks out of 75 could be remotely classified as in some notional indie tradition, and two of those are by the Kings Of Leon. The days of Britpop, whatever its horrors, and of the mid-Noughties ‘indie landfill’ boom, seem far away.

Plenty of people saw this coming, needless to say. The BBC’s extensive, industry-pleasing Sound Of 2009 poll was uncharacteristically short
on guitar bands this year. And one of those BBC tips, La Roux, No 1 at time of writing, epitomises what has replaced doggedly chundering indie rock as the music business’ brave new sound: ’80s revivalism, in the shape of shrill homages to Yazoo and Eurythmics.

Which is fair enough – there’s not much point in getting worked up about these vagaries of fashion. What is a little annoying, though, is the vague obligation to be nostalgic for a kind of music that many of us never liked very much the first time round. The ’80s are now irreversibly memorialised as a time of glamour and decadence, of nobly ephemeral synthpop that has turned out to possess a surprisingly long shelflife.

It’s curious, then, and fitting, that the best new British guitar band of the past couple of years often sound like ’80s throwbacks. Wild Beasts do not look like obvious children of the Blitz club. A bit like British Sea Power, there’s something about them that suggests fell-walking artists between the wars, compounded by their roots in the Lake District. More romantic poets than New Romantics, would be the glib soundbite.

Their records, however – and Two Dancers is Wild Beasts’ second album – carry the unmistakeable taint of the ’80s, but an ’80s which those of us who never saw the charm of, say, Depeche Mode can more readily identify with. There’s a certain opulent shimmer to songs like the glassy, undulating opener, “The Fun Powder Plot”, which recalls late-period Roxy Music, while the unstable yodel of frontman Hayden Thorpe is, if anything, kin to that of Associates’ Billy Mackenzie.

More pointedly, Wild Beasts summon up the ghosts of that
decade’s brainier, more flamboyant indie bands. The scratchy echoes of Orange Juice that filled out last year’s debut, Limbo, Panto, have been largely excised. But the gleaming possibilities that The Smiths opened up for British guitar bands – and which many British guitar bands, not least those from Manchester, have grossly oversimplified in the interim – feel like they’ve found a new champion.

Two Dancers, consequently, has an appealing air of bookish, ornate yearning, exemplified by “This Is Our Lot” (a sequel, musically, to the debut’s outstanding “Woebegone Wanderers”), in which Thorpe croons, unsteadily, “We’re all quiffed and cropped, this is our lot, we hold each other up heavy with hops”, while Benny Little’s guitar traces luxuriant circles in the manner of “The Headmaster Ritual”. Meat Is Murder is a handy reference point all round, not least in showing how an indie guitar band can stretch out into elegant, slightly dazed grooves. The pulsing “We Still Got The Taste Dancing On Our Tongues” could, at a push, be described as indie-dance, but it’s far more organic and silvery than the hybrids which that usually implies.

Along with “Hooting And Howling”, “We Still Got The Taste…” shows how insidious Wild Beasts can be, its ringing guitar tone, subtly reminiscent of The Edge, implying that the band do not lack commercial, as well as artistic, ambition. The suspicion remains, however, that they have the wrong kind of eccentricities to be successfully marketed: that post-punk Noel Cowards are not quite as easily assimilated as groomed Annie Lennox clones. Although some of the clip-clopping self-consciousness of Limbo, Panto has been toned down, Thorpe’s mannered gargling may still alienate the masses, too.

Wild Beasts, however, have one more secret weapon – a second fine singer in bassist Tom Fleming. It is Fleming who fronts the band on four out of the ten songs here, with a hugely reassuring baritone that stands comparison with Guy Garvey. One of them, “All The King’s Men”, could even act as a rallying cry for a distressed minority left unmoved by La Roux. Fleming calls out to, “Girls from Roedean, girlsfrom Shipley, girls from Hounslow, girls from Whitby,” and it is hard not to cheer him on. The alternative ’80s revival might, hopefully, start here.