One of the many privileges and occasional disorientations of working for a monthly music mag is that we hear some music so far ahead of release that it can be easy to forget when the albums actually come out. So while the world of Ty Segall-related projects might have moved on here to the monstrous Wand album (out on Segall's God imprint in late August), it's instructive to remember that Segall's own "Manipulator", which we've had for a while, isn't out 'til then, either. 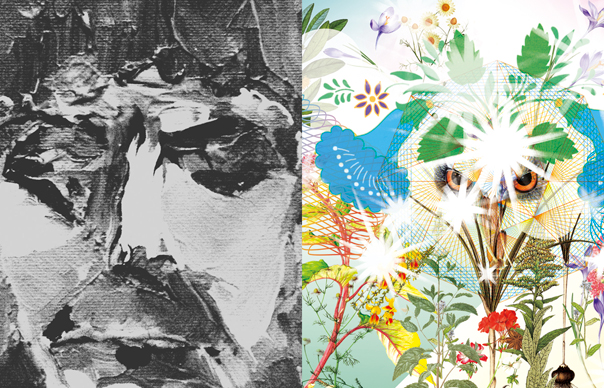 One of the many privileges and occasional disorientations of working for a monthly music mag is that we hear some music so far ahead of release that it can be easy to forget when the albums actually come out. So while the world of Ty Segall-related projects might have moved on here to the monstrous Wand album (out on Segall’s God imprint in late August), it’s instructive to remember that Segall’s own “Manipulator”, which we’ve had for a while, isn’t out ’til then, either.

“Manipulator” is a sprawling, though never lethargic or indulgent, round-up of sorts, breathlessly cycling through Segall’s various garage/glam/psych/grunge/Lennonish/hard rock modes. The more records he makes, though, the more I start to suspect that his hook-up with White Fence, “Hair” (which I wrote about here), might be his best, or at least my personal favourite.

To wander back to my original point, a new White Fence album, “To The Recently Found Innocent”, actually came out yesterday. A potent LA psych maven, Tim Presley is also one of the few musicians to have passed through The Fall and sustained a visible career afterwards. Recording at home as White Fence, Presley’s ad hoc, lo-fi approach has produced seven albums in the past four years, plus “Hair”.

Segall produces this time, in what constitutes the most hi-fidelity recording Presley has made since his time fronting Darker My Love, a terrific and slightly more orthodox bunch of janglers whose 2010 album, “Alive As You Are”, I can especially recommend. Compared with those previous White Fence albums, there’s a degree less fuzz, but Presley’s grasp of Nuggets beat, Paisley jangle and English psych arcana remains staggering – a reference to a “powdered wig” in “Sandra” is typically whimsical, and his remit now focuses more on early Who (“Like That”) and Kinks (“Arrow Man”). A risk of pastiche is never far away, but Presley staves it off with energy, songcraft, cunning and a renewed, relatively streamlined focus. Here’s “Like That”…

While I’m here today, another album I’ve liked a lot this summer has been the seventh joyous set from OOIOO. Ten years on from the Dionysian frenzy of their last proper album, “Seadrum/House Of Sun”, the recording future of Japanese psych overlords the Boredoms remains unclear. And five years after OOIOO’s most recent release, it had started looking like drummer Yoshimi P-We’s side project was dormant, too.

“Gamel”, though, is an ecstatic return; a ritual jam in which the band’s post-punk angles take second place to their trance imperative. The ringing intensity of Javanese gamelan underpins Yoshimi’s manoeuvres this time out, though the nimbleness with which her band flit from one hypno-musical state to another – fleetingly, “Gamel Uma Umo” resembles Konono No 1 – is more impressive than ever. Their best, perhaps, since 2000’s “Gold And Green”.

A quick reminder at this point that the new issue of Uncut is out a week today, with a world exclusive cover story. More on that any day now, but inside I’ve written about Jack White, The Aphex Twin, Bitchin Bajas, Richard Thompson, The Grateful Dead & John Oswald, David Kilgour & The Heavy Eights, Noura Mint Seymali, Plastikman, Wolfgang Voigt, Girma Yifrashewa, Michael Chapman and Louis Armstrong. Busy…