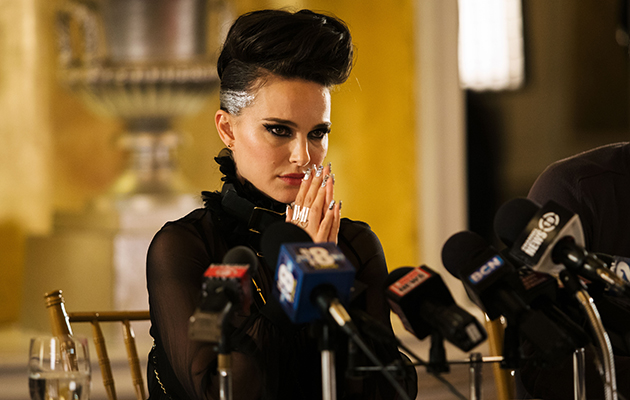 Actor-turned-director Brady Corbet is 30 years old, with only two movies to his credit. But his output shames the parochial short-sightedness of some of his peers and holds its own against directors twice his age. His films – The Childhood  Of A Leader and now Vox Lux – can be maddening in their opacity, but they are dizzyingly imaginative and rich in ideas, raising complex questions that hang in the air long after the credits roll.

Vox Lux charts the career arc of a fading pop icon. Played as a teenager by newcomer Raffey Cassidy, the young Celeste emerges from a tragic school shooting to become the nation’s sweetheart; after an ellipsis of nearly 20 years, and a slew of scandals, she returns as Natalie Portman, an altogether more cynical and spoilt personality, struggling to maintain her fame.

Corbet frames the story in chapters and with a dryly omniscient narrator (Willem Dafoe), a conceit often employed by Lars Von Trier, to whose work Vox Lux owes an obvious debt. But where Von Trier can be detached and ironic, Corbet is committed to making Celeste credible, with catchy, upbeat autotune bangers written specially for the film by Sia. Lest we get too swept away, however, Corbet counterpoints Sia’s escapist pop with an eerie score by the late Scott Walker. With its haunting strings and nightmarish lullabies – at a key point, weird baby voices sing, “All of the cheekies are out  of doors” – Walker adds a frisson of dread  to a story of America’s fascination with celebrity and tragedy.