Conor O'Brien adds some weirdness to his songcraft... 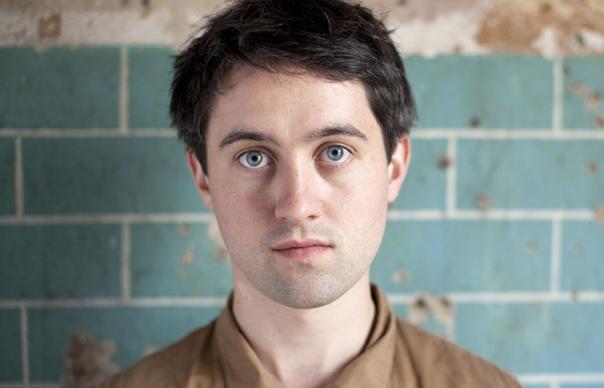 Conor O’Brien adds some weirdness to his songcraft…

Villagers’ 2010 debut, the Mercury Prize nominated Becoming A Jackal, was a quiet kind of revelation, full of slightly off-centre pop songs, jazzy diminished chords, inventive rhythms and unexpected melodic detours. The richly imaginative lyrical landscape hinted at horror and myth, but while there was a contemporary kind of darkness in the songs of Conor J. O’Brien – the young Irishman who is essentially the north, south, east and west of Villagers – the precision-point songcraft recalled those elegant, literate pop songwriters who blossomed in another era: Roddy Frame, Imperial Bedroom Costello, Paddy McAloon.

If that first album announced the arrival of a precocious new talent the follow up not only seals the deal but expands the frame of reference. These 11 tracks are bolstered by a fuller, more adventurous sound: crisp electronics, more expansive string arrangements, and overall a greater sense of a five-piece band working together to exploit the full potential of each song. And whereas the lyrics on Becoming A Jackal were placed front and centre, this time they are pared back and shifted slightly from the spotlight. Indeed, the beautiful title track is a wordless concatenation of drifting voices, liquid guitar and sky-high strings. O’Brien still clearly labours over every line but in general he seems happy to let the music do a little more of the heavy lifting.

On {Awayland} the craft and guile is worn at a slightly more rakish angle. “The Waves” offers not only a lip-smacking chorus but glitchy electronics and a runaway finale involve a feedbacking guitar revving like a jet engine struggling to get airborne. “Passing A Message” is built on a pulsing, undeviating Krautrock bassline, a sharp Bernard Herrmann string figure and clipped funk guitar. It sounds like three entirely different songs until it literally pulls itself together into something unified and wholly fantastic.

The edges may be sharper, the outlook less austere and self-contained, but Villagers are still defined by songs which deliver hook upon hook. “Nothing Arrived” rolls in on a circular piano line which recalls R.E.M.’s “Electrolite” and runs on a similar hybrid of melancholy and euphoria. “The Bell” is 60s spy theme pop: Duane Eddy twang, cresting horns, rattling flamenco rhythm. “Rhythm Composer” has the gentle swing of classic Cole Porter filtered through Steve McQueen-era Prefab Sprout; amused and amusing, full of ease and elegance. Beginning with a Byrds-like raga guitar figure, “Earthy Pleasures” is a deconstructed Dylan ’65 blues, O’Brien tangling with some mysterious lady “speaking Esperanto and drinking ginger tea” before the whole thing – and this is unfortunate but not entirely unenjoyable – mutates into a galloping oddity which recalls nothing so much as Benny Hill’s “Ernie (The Fastest Milkman In The West)”.

Here, as elsewhere, O’Brien’s voice combines the clenched vibrato of Feargal Sharkey with the cool, calm clarity of Paul Simon. It is not a big voice. On “Grateful Song” – a sweeping waltz-time ballad which sounds like the Walker Brothers jamming with Holger Czukay – the tilt at orchestral grandeur is rather diminished by his little boy’s politesse, but it works perfectly on “My Lighthouse”, the spare opener which needs nothing more than soft, multi-tracked vocals and a gently picked chord pattern to make a profound impact. Like many of these songs, it seems drawn inexorably towards the sea.

In other hands – let’s attach them to the arms of Neil Hannon – this kind of thing can easily become too arch, too knowing, but O’Brien possesses a disarmingly childlike quality which proves that smart pop music needn’t necessarily come with a smirk and a raised eyebrow. “In A Newfound Land You Are Free” is both a tender lullaby for a baby and a manifesto for retaining joy, innocence and “vicious freedom”. On “Judgement Call” he sings waspishly, “God forbid they retain their sense of wonder”. O’Brien, for one, has certainly lost none of his ability to be amazed and to amaze in return.
Graeme Thomson

Q&A
CONOR J. O’BRIEN
Was it hard to reorientate yourself after the success of Becoming A Jackal?
It wasn’t easy. When I started trying to write this album there were a couple of weeks where I was imagining criticisms of the songs before I’d even written two lines – I had to get that out of my head. More than what I did want to do I knew what I didn’t want to do, which was the more confessional, overly melodramatic first person things. I wanted the music to be something more uplifting.

What prompted the introduction of more electronic textures?
I bought a synthesiser. I’d never had one of those before. There were a few weeks of experimenting: programming beats, making really bad techno music, just fucking about with rhythms and grooves. I discovered I had song ideas that could connect with these textures, so it was like a jigsaw puzzle. I had loads of different versions of each song, and most of them were far more electronic than the versions on the album. The stuff that stayed on were the things that really gave the songs a signature; the stuff that I took off was because it definitely sounded like somebody who was making their first electronic music!
INTERVIEW: GRAEME THOMSON