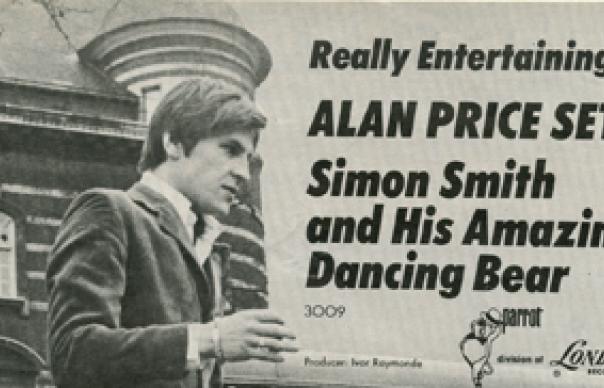 Long before Randy Newman became a cause celebre as a singer-songwriter (before, indeed, there was any such category), he was a plain songwriter, a jobbing composer with a piano for a desk. While Carole King toiled in New York’s celebrated Brill Building, Newman sweated on LA’s Vine Street, writing themes for TV soaps, notably Peyton Place, and cranking out B and A sides for Liberty Records’ roster; black pop acts like the O’Jays and Gene McDaniels, white balladeers like Gene Pitney and Jackie DeShannon.

Under contract at 19, Newman was a precocious but well connected talent. His uncles, Alfred and Lionel, were heads of music at 20th Century Fox pictures, while the father of his friend Lenny Waronker (his future producer) owned Liberty.

The earliest songs on this 24 track collection show little of the mordant wit that would become Newman’s calling card. The Fleetwoods’ “They Tell Me It’s Summer”(1962) is high school fluff, The Tokens’ “Just One Smile” generic heartache. Only “I’ve Been Wrong Before”, belted out by Cilla Black, is convincing, and gave Newman early chart success.

In 1966, coincidental with Newman following Waronker to Warners, a new authorial voice arrives. “The Biggest Night of Her Life”, crooned by softcore groovers Harpers Bizarre, archly observes a teen rite of passage. “Simon Smith and His Dancing Bear”, covered by Alan Price, is jauntily surreal. “Mama Told Me Not To Come”, honked out joyfully by Eric Burdon three years before Three Dog Night made it a US number one, is pithy and playful. Such songs spilled out the flavour of New Orleans, where Newman had spent much of his childhood. The Jewish Hollywood songsmith had reinvented himself as a drawling Southern storyteller.

That identity would sparkle brilliantly on 1970’s minimalist 12 Songs (originally intended as demos), on songs like “Old Kentucky Home” – here given a faux bluegrass treatment by the Beau Brummels – and the rolling “Have You Seen My Baby”, here played by Fats Domino, one of Newman’s idols.

First came 1968’s Randy Newman Creates Something New Under The Sun, an ill-judged attempt to present Newman as an orchestrated balladeer. He was too acerbic, his vocals too cramped and wayward, to be any such creature. Here, Dusty Springfield delivering the bleak “I Think It’s Going To Rain Today” doesn’t come off either. It took Harry Nilsson to hit the spot with Nilsson Sings Newman, a showcase of his friend’s songwriting prowess, here represented by “So Long Dad”, from which Nilsson squeezes every ounce of pathos. The rest, as they say, is history.