Passion, and politics: the early years, remastered, with extras 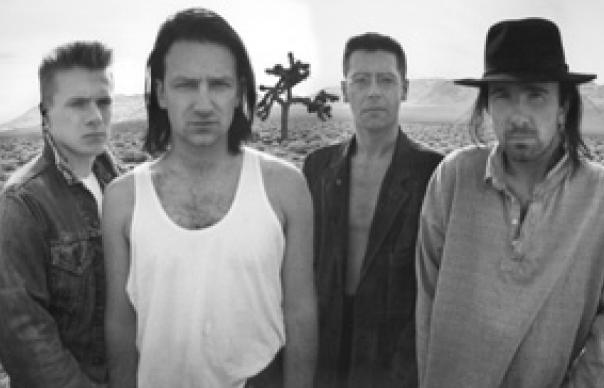 It’s interesting, if Coldplay can be called interesting, that Coldplday have decided to put their fourth album in the balding hands of Brian Eno to make them somehow “important” and “daring”. Because twenty five years ago, that’s exactly what U2 did. Terrified of becoming another shrill, sloganeering band (and with also an eye on Mike Peters from The Alarm and his Bono-mullet), U2 dropped the reliable Steve Lillywhite and went weird, thus saving their career, conquering the world and making records that even students could like again.

And was it ever the best decision they made in their lives. It has been 28 years since I last owned a copy of Boy, U2’s debut album, and I have to say that I was shocked when I heard it again. At the time, U2 weren’t the towering wobbly mass of irony, politics, guitars and cowboy hats that we know and don’t love today. They were just another 1979 “new wave” band, unusual only in that they weren’t on Factory or Zoo. In a John Peel world dominated by Manchester and Liverpool bands, U2 were the Dublin outsiders. Bono did great interviews, and climbed things. But that was all. In October of 1980, Boy slotted in easily next to Echo And The Bunnymen‘s Crocodiles, The Teardrop Explodes‘ Kilimanjaro, and even Joy Division‘s Unknown Pleasures. Certainly, it was a bit more rock than those albums (inspiring early U2 adopter Paul Morley to call them “rockist” and send us all off to buy Coati Mundi singles), and there was an odd eagerness about Bono’s singing, as though he desperately wanted to be liked, but I liked it.

Now, I am shocked at how bad it is. Lilywhite’s production is stunningly thin, Bono’s voice is awful, the lyrics are dismal, and only the singles – the Ian Curtis-obsessed “I Will Follow” and the great “Out Of Control” – stand up. The rest is awful prog noodling – “Shadows And Tall Trees”, “An Cat Dubh”, “The Electric Co.” – Jesus, the band come over as a second rate Scars. Extra tracks do improve things a little – the original Lilywhite mix of “I Will Follow” is way superior to the released single, it’s nice to hear Martin Hannett‘s suitably bizarre production on the odd “11 O’Clock Tick Tock”, and closing bonus track “Cartoon World” is just comically bad.

Worse was to follow. Under Paul McGuinness‘ superb management, U2 stopped pretending to be in the least cool – those leather pants! and that hair! – and Bono started climbing scaffolding, waving flags and all the other crap that marked him out as someone who wanted more from life than the occasional NME front cover. But their second album, October, showed that they didn’t have enough songs to move on. While other bands progressed – the Bunnymen released the brilliant Heaven Up Here and Joy Division released Closer – all U2 had was October, arguably the worst album of the early part of their career.

October introduced an unwaiting world to the band’s religiosity with the single “Gloria”, whose Latin chorus added a new layer of po-facedness to Bono’s already po-ridden visage, while the album’s other single, “Fire”, remains utterly unmemorable to this day. Album tracks like “Stranger In A Strange Land” and “With A Shout” remind the listener to bands of such bands as The Chameleons and Zerra 1, while “I Threw A Brick Through” are little more than showcases for The Edge’s always over-used effects pedal.

Meanwhile, rock (now an OK word) was moving on. Even Pete Wylie‘s Wah! Heat, whose early work had been full of massive Pete Townsend rock chords, had gone soulful. And U2 finally moved on, making the album that would essentially rescue their career. War, released in 1983, not only contained their first great song, the superb (still) “New Year’s Day”, but also the song that would define their public image, “Sunday Bloody Sunday”. I certainly will never be able to empty mind of its idiot chorus and specifically a night at the Brixton Academy where a thousand sweating bozos sang “How long?/ How long must we sing this song?” until, presumably, dogs attacked them.

The rest of the album – supported with a new focus and a real sense of determination forged from touring and not having to make October again – is variable. “Seconds” seems to be based on Stiff Little Fingers’ version of Johnny Was, “40” has a lightness and strangeness that pointed the way to The Unforgettable Fire, and Red Light is just odd, like Bryan Adams trying to be the Gang Of Four. Despite being unlistenable in small doses, the overall effect of War, now, is oddly favourable, U2 coming out as what they truly were, an ambitious rock group that had eaten its way out of the carcass of late ’70s new wave.

Taken as individual albums, then, this early trio don’t really stand up as well as, say, Coldplay’s first three albums. But taken as the starting blocks for U2’s world-dominant future (and along with their greatest early boost, the bombast of Live At Red Rocks), these albums show a band working out its gameplan – first John Peel rock, then serious Godliness, and finally, the world! – and working out who they were and who they would soon be. A short time later, they contacted Brian Eno. Better would to follow, and so, too, would worse.