TIRED PONY – THE PLACE WE RAN FROM 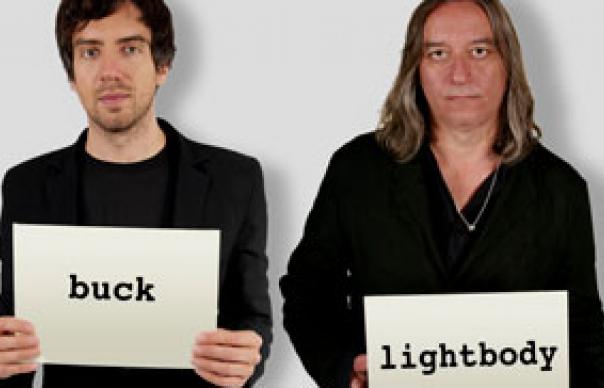 There is an ocean between the thought and the expression of this solo project from Gary Lightbody. The idea was born in the down moments of six years of touring the US with Snow Patrol.

The shorthand version is that it is a country album, in which Lightbody joins the dots between the albums he grew up with – Waylon Jennings, Kenny Rogers et al – and the America of the Bush administration which was scrolling past the tour bus window. Add REM’s Peter Buck to the studio band and you can almost hear it: twanging, melancholy, like a rock’n’roll bar band squeezing into Nudie suits for the afternoon and skillfully serenading the tears in their beer.

But, actually, it doesn’t sound anything like that at all. The Place We Ran From is bloody and dense and dark, and not in the least like a pastiche. There are country instruments – Paul Brainard’s pedal steel adds its plaintive cry, and Buck does the honours with the mandolin as required – but it’s still far closer to Snow Patrol, or perhaps Wilco’s droning distortion of Americana than it is to anything you might hear on country radio. Which, on reflection, is a relief, though it does make it a harder record to absorb.

Looking at the band lineup, the sense of continuity with Lightbody’s day-job isn’t surprising. The core group includes Snow Patrol associates Troy Stewart, Iain Archer and Belle & Sebastian drummer Richard Colburn (also a member of Lightbody’s other other band, The Reindeer Section). Producer Garret ‘Jacknife’ Lee helped recruit Buck and Scott McGaughey from the REM family, and Buck even helped the band find accommodation, before recording in the Type Foundry in Portland, Oregon. No demos were exchanged. Buck turned up on time, ready to play. And Lightbody’s songs for weary cowboys morphed into something more contemporary, somewhat more industrial in sound, and closer in lyrical spirit to Willy Vlautin’s broken romances.

The geography is important. The opener, “Northwestern Skies” sets the action inside a “crumble down cinema” as a pair of young lovers – probably doomed – shelter from a cyclone. “We can hide where we always hide,” Lightbody sings, “on the blank screen project our lives.”

Lightbody’s subject is the America of film and myth, and his young lovers are as full of promise and misplaced hope as Kit and Holly in Terrence Malick’s Badlands. The couple return in the album’s standout track, “Held In The Arms of Your Words”, a gorgeous ballad, stretching towards seven minutes. It’s a slow-strum, which unfurls gently, with M Ward adding crackles of guitar that sound like distant lightning as the melody swells. It’s beautifully sung, too. “This is life,” Lightbody croons, “this is all I want from life, it’s the fervour and the tenderness combined.” This is not, you know, a story with a happy ending.

The sense of looking west, and up at big skies, is all-pervasive. There is big weather, emotional storms. You might wonder where the country went. But, really, there’s something of it in the melancholy drone of Lightbody’s voice. He considers this record to be his Letter to America, and if he sometimes sounds like a Soundgarden fan’s idea of a hillbilly singer, he can’t disguise his Celtic soul. There are echoes of Mike Scott’s Waterboys, and Idlewild’s man Roddy Woomble’s folk projects (notably “Get On The Road”, a duet with Zooey Deschanel), but the closest the record comes to Lightbody’s original idea is “The Good Book”, which chronicles a rundown couple (yet again) in a rundown mining town, with him finding comfort in the bottle and her seeking solace in the Book. Editors’ Tom Smith delivers a ghostly impersonation of Tim Hardin to successfully bring it home.
The album closes with the murderously epic “Pieces”, a song which snaps in the middle, with the line “a Bible held above me, like an axe” acting as the cue for Buck to unleash a torrent of vicious psychedelic feedback. Kenny Rogers fans may wish to saddle up and head for the hills, but anyone else might be pleasantly surprised.
Alastair McKay

Q&A Gary Lightbody
What was the idea behind the record?
It was inspired by a renewed love of country music over the last few years. New country and me have been pals for a long time. This was old country – Dolly Parton and Kenny Rogers and Waylon Jennings; all these records that I grew up with, but which I kept at arm’s length. The concept of Tired Pony was of a worn-out cowboy. But when we got into the studio, I didn’t tell them I wanted to make a country record. We just made the record that we were supposed to make.

How do the songs differ from regular Snow Patrol material?
Every song I write for Snow Patrol is written out of a deep personal experience. These songs are stories that people have told me, or they’re about people I’ve met along the way, and it’s not necessarily through my eyes. The whole time I spend touring the US was during the Bush administration, so a lot of this album is about a crumbling America and the people it has affected and still affects.

What was Peter Buck’s contribution?
He’s all over every song, sometimes playing two or three instruments. He kept on surprising us – playing mandolin as well as he does, to giving us that wall of feedback on the last song on the record. It was a constant surprise. INTERVIEW: ALASTAIR McKAY